Rescued Sea Turtles Released Back into the Wild 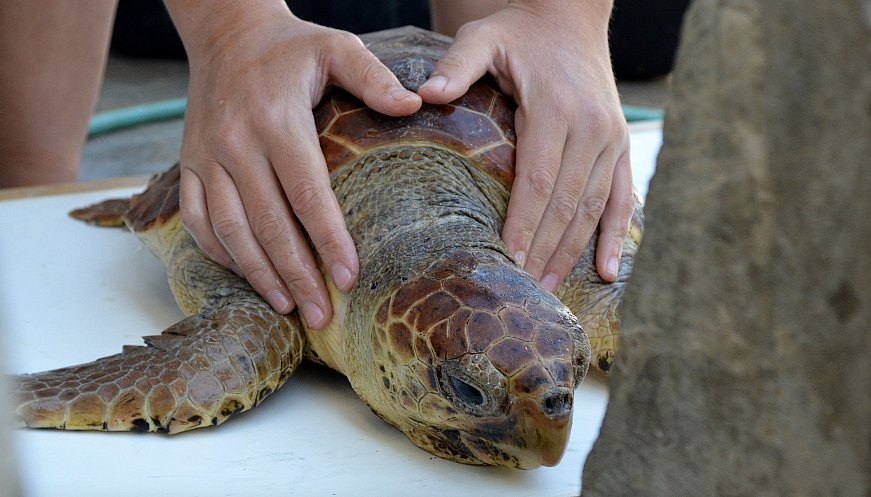 On July 8th, over a dozen previously wounded endangered sea turtles in Israel scuttled across the beach into the Mediterranean Sea. Over the winter, 15 loggerhead sea turtles and two green sea turtles had each been found in various states of physical trauma and individually brought to the Sea Turtle Rescue Center north of Tel Aviv. These sea turtles are protected under Israeli law as threatened and endangered species. After months of rehabilitation, biologists checked each sea turtle before allowing their release, in order to make sure they are completely healthy and ready for the elements of the wild.