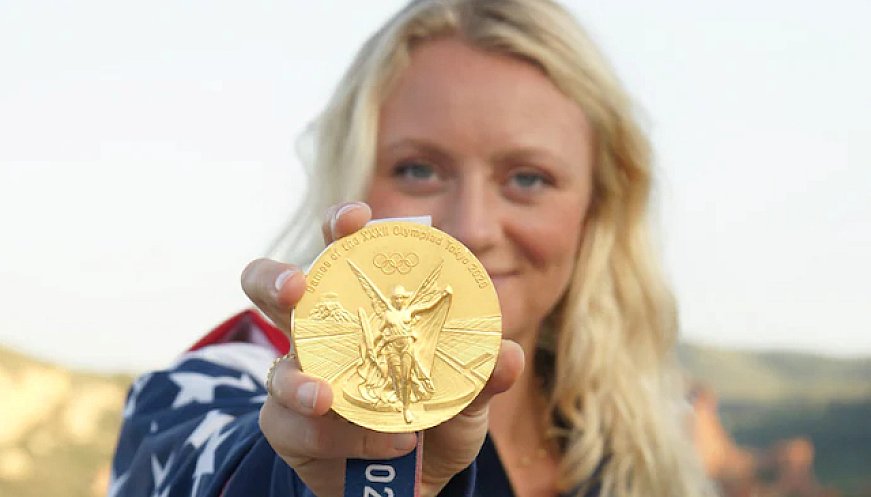 Accountant Maria Carrillo was going out to walk her dogs when she noticed a discarded fast-food bag with something gleaming at the bottom, with the words “Games of the XXXII Olympiad Tokyo 2020,” five Olympic rings and the Greek goddess Nike. A police officer who'd come into her husband's barber shop for a haircut said it was real and had been stolen. The gold medal belonged to Jordyn Poulter, starting setter of the 2020 U.S. Women’s Volleyball Team, which won the medal in the Summer Olympics for the first time in the team’s history. Poulter, who has played volleyball since age 7, said it was a lifelong dream to stand on the Olympic podium. About two weeks after it was stolen from her car, Anaheim police arrested a suspect but didn't find her medal. Poulter was in Canada for a volleyball tournament when she learned it had been found. “It’s crazy that it was stolen and crazy how it was found. But I’m really happy to have it back.”