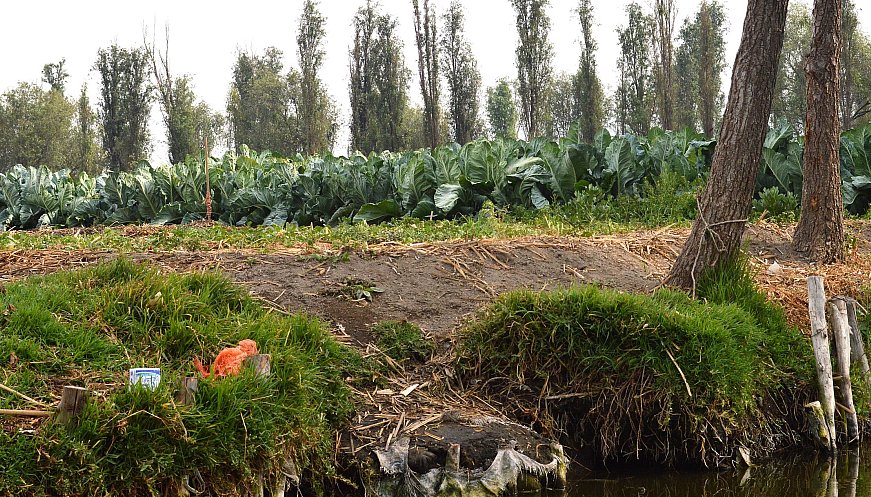 Enough produce flows through Mexico City’s Central de Abastos market to feed 30% of the city's 22 million residents. But just a few miles south, farmers still farm by hand on the "hinampas", ancient artificial islands first built from the mud of a vast shallow lake, which once fed hundreds of thousands. During the pandemic, when fresh produce was rare, :chinamperos" connected directly with customers via What'sApp, boosting their profile and sales. The "chinampas", internationally protected as a UNESCO heritage site, are a key stopover for migratory birds. Losing the wetland zone could drive local temperatures up by several degrees and cut rainfall by as much as 40%. The challenge, says Lucio Usobiaga, director of Arca Tierra, which champions the "chinampas", is to make them ecologically and economically viable. While the "chinampas" will never again provide the entire city with food, their value isn’t just food security, says Usobiaga. It’s many things: the culture, the local economy, the recovering axolotl populations, the migratory birds, and the delight people take in fresh local food.