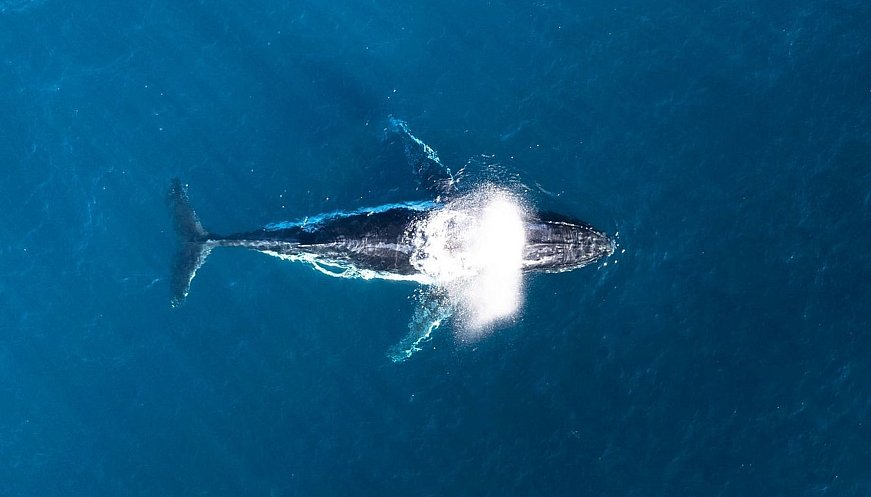 In 2019, marine biologists fast asleep on a research vessel off the coast of Brazil awoke to an announcement from the captain: a "huge animal" was following the ship. The groggy scientists were awed to see three humpback whales riding the ship's wake. For over an hour, they watched the whales swim less than 10 meters behind the ship -- behavior that had never before been documented in such large whales. Smaller marine animals, like dolphins, have long been known to ride a boat's "divergent waves", which emanate sideways from vessels, to help them swim with very little effort. These humpback whales were riding on "transverse waves" at the ship's stern, waves that create low-pressure troughs that can pull an animal along, like riding a draft. Researchers say the ship's wake likely helped the whales save energy along their annual 4500-km migration from Brazil to Antarctica. While humpback whales are a well-studied species, the encounter was a reminder that there is still an ocean to learn about these giant marine mammals.