He Shares His Mother's Last Words - And Cash - With Strangers 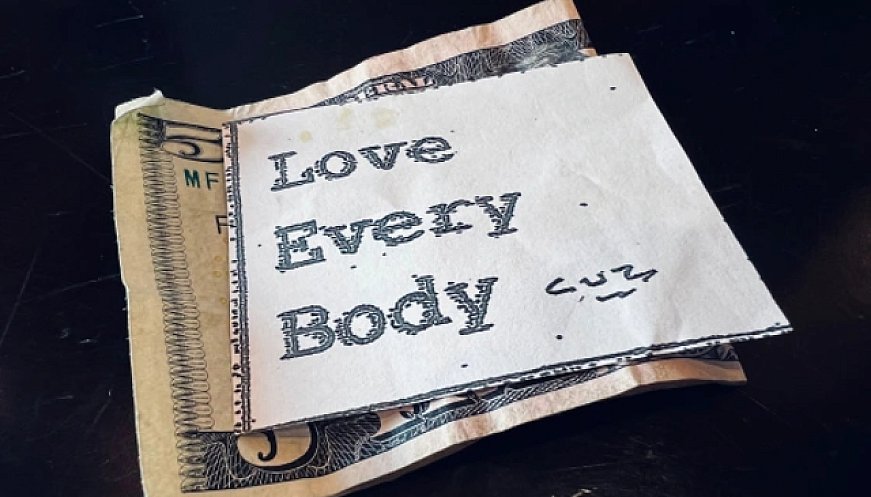 The story of a man who's given away more than $13,000 since 2014 to honor his mother's last message has inspired an outpouring of stories about the kindness of strangers. Kevin Cate was having breakfast at a Waffle House when a man sat at a booth with a pile of cash and pinned notes to the bills. "She didn't say 'I love you,'" he told Cate. "She said, 'love everybody.' So that's what I'm doing. Loving everybody." Cate's tweet, shared over 10,000 times, has inspired thousands to share stories, from a hungry single mother whose homeless coworker brought her sandwiches, to a man who gave $5 to a man just out of prison who needed bus fare but only had a prison check. "He went to the counter, … bought a sandwich and drink to get the change he needed, gave the food to a homeless guy outside, and got on the bus." Cate said he's reminded of the power of the example set when parents or a friend quietly helps someone else. "It was just something that had happened. And they always remembered it."