Celebrating An 80th Birthday by Rollerblading for 350 Kilometers 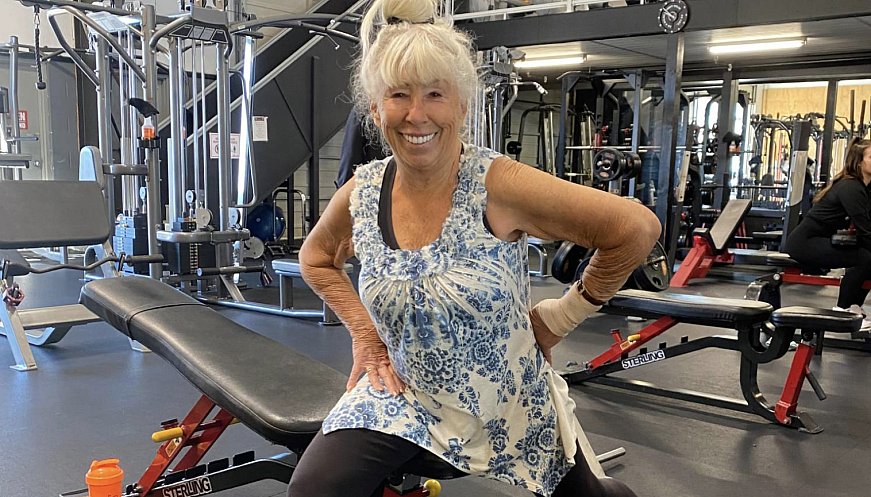 Sonya Bardati is working out six days a week to prepare for her 80th birthday on Aug. 9th which is when she will start her biggest rollerblading trip ever. Over seven days, Bardati will rollerblade through 350 kilometers of winding, hilly highways between Port Hardy and Parksville. Just recently she bought new rollerblades and enlisted personal trainer Jennifer Smith to help her. Road conditions will be challenging -- and risky as she has brittle bones -- but her second husband Ken will drive a van behind her. Bardati has lived an unexpected life, but rollerblading was always a constant, since the age of 12, when she was living in an orphanage. Decades ago in Victoria, Bardati rollerbladed to the store for groceries; and while wintering in Yuma, Arizona, she and her first husband Roberto rollerbladed to the local YMCA. Twice -- at age 59 and 60 -- she cycled across Canada. Bardati hopes to raise money for the BC SPCA, because that's where she and Roberto got her cat Holly five months before he died; she wants to help others find their own loving companions.