The Amazing Story of How John Banksland's Paintings Are Coming Home 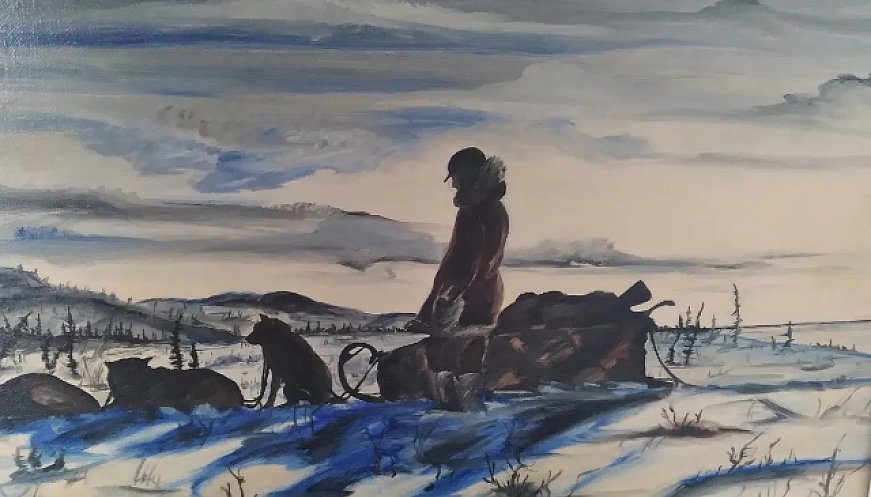 Onida Banksland was tagged in a post on Inuvik Bulletin, a community social media page, after Whitehorse lawyer Carmen Gustafson posted photos of paintings of a dogsled team, wondering if anyone knew the artist, John Banksland. Her grandmother had bought the paintings at a garage sale in BC, knowing that northern art fascinated Gustafson, who once lived in Inuvik. Banksland was an accomplished painter and residential school survivor who died in 2017. Orphaned at four, he used his art to help pay for his education, including Ryerson College in Toronto, and later, painted as a side business. Her mother has one of his paintings, and her sister has one, too -- but Onida does not. When the art arrives in Inuvik, her family plans to have an unveiling party, Onida said. "It's almost like, we're gonna feel complete again, just knowing that his art is making its way around and back home."