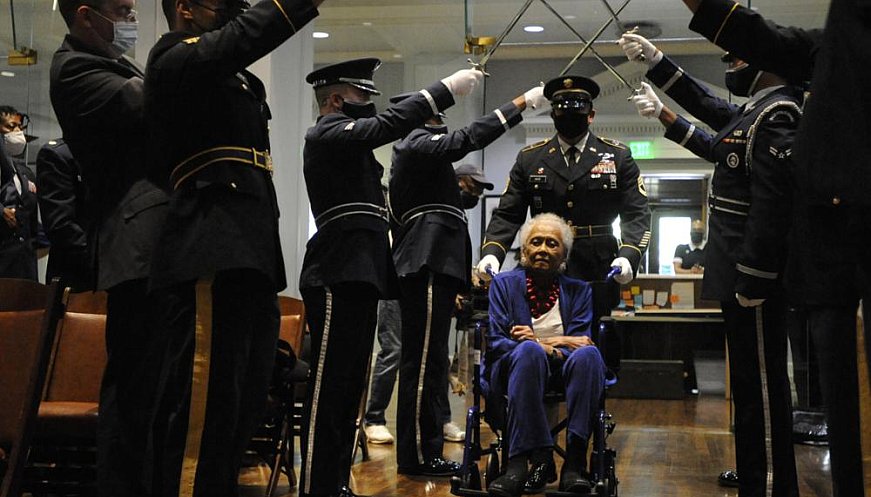 Millions of letters and packages sent to US troops had accumulated in warehouses in Europe by the time Allied troops were pushing toward the heart of Hitler’s Germany near the end of World War II. The job of clearing out the massive mail backlog fell to the largest all-Black, all-female group to serve in the war, the 6888th Central Postal Directory Battalion. This week, the oldest living member of the unit was honored for her service nearly eight decades after the war ended. Romay Davis, 102, was recognized at an event at city hall in Montgomery, Alabama, that followed President Biden signing a bill authorizing the Congressional Gold Medal for the unit. Presented with the medal citation, Davis received a standing ovation; some in the crowd applauded with tears in their eyes. Davis said the unit was due the recognition and that she’s glad to participate on behalf other members who have passed away. Working under the motto of “No Mail, Low Morale,” the women of the 6888th served 24/7 in shifts and developed a new tracking system that processed about 65,000 items each shift, allowing them to clear a six-month backlog of mail in just three months.