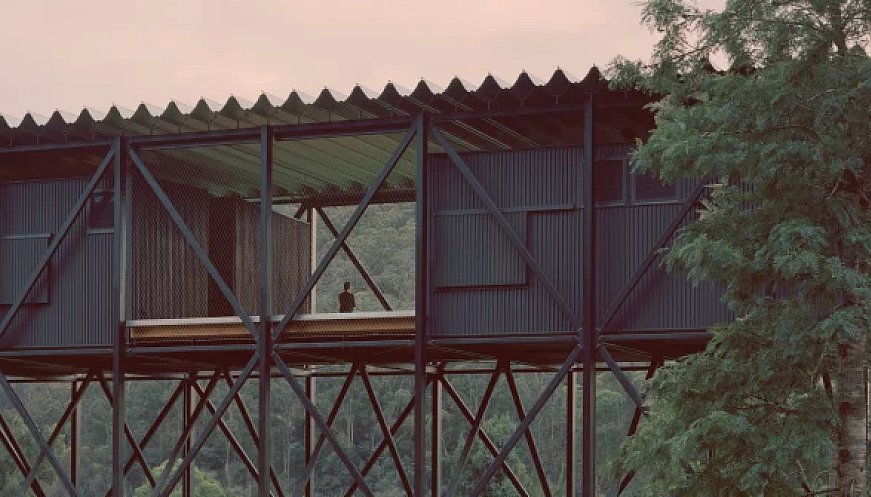 As climate change intensifies extreme weather, floods are becoming more frequent and more severe. This has produced a wild variety of flood-proof structures, from floating office buildings that can rise and fall with the tide to structures that function as dams. In Australia, one architecture firm came up with an even bolder concept: putting a building on a bridge. Located in a rural part of the country's southeastern coast, the $20 million Bundanon Art Museum is split across two buildings designed by Kerstin Thompson Architects. The first is built into a hill to protect it from bush fires that often ravage the region. The second doubles as a 520-foot-long bridge that stretches over a flood-prone gully. Habitable bridges were a frequent sight in the Renaissance, and if this new building is any indication, then such bridges may still play an important role in the contemporary world. "We could have come into this site, raised it, and flattened it with earth-moving equipment, and that would have destroyed the place. It is a unique concept to think of a building as a bridge, but that's a bit of a leap we made," said Lloyd McCathie, a project architect.