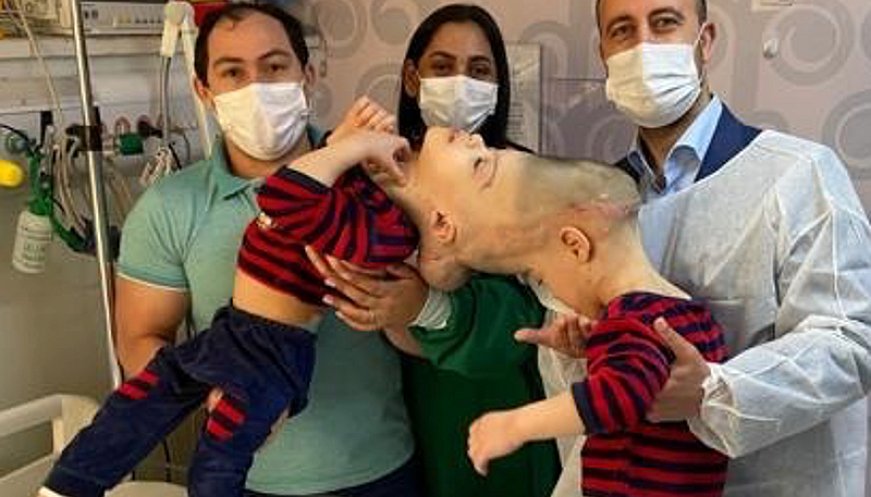 It is 'man-on-Mars stuff', says neurosurgeon Noor ul Owase Jeelani. He is talking about how medical teams in England and Brazil used virtual reality to separate two conjoined Brazilian twin brothers in Rio de Janeiro in June. Arthur and Bernardo Lima were born with fused skulls and intertwined brains. Rio's Instituto Estadual do Cérebro Paulo Niemeyer worked with London-based Jeelani at Great Ormond Street Hospital to create 3D and virtual reality models of the twins' brains. The teams then conducted a cross-continental "trial surgery" using virtual reality before performing seven surgeries to fully separate the twins, involving hours of operating time and nearly 100 medical staff. After six months of rehabilitation, Arthur and Bernardo will soon celebrate their fourth birthday, finally able to see each other face to face. The Brazilian hospital will continue to work with the British charity Gemini Untwined to treat other rare cases of conjoined twins in South America.