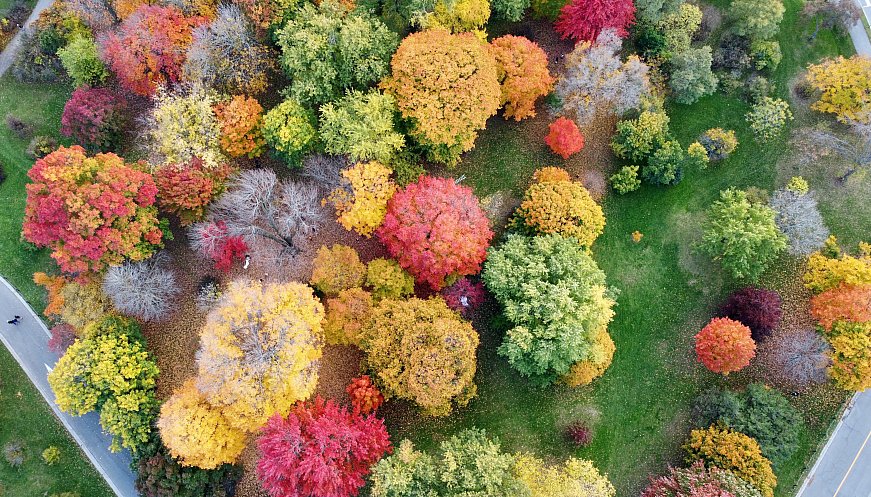 It is less of a marathon and more of an amble. But then a "walking forest" of 1,000 trees was never going to move at speed. Since May, volunteers have been transporting trees planted in wooden containers along a 3.5 kilometer (about 2.17 mile) stretch through the center of the northern Dutch city of Leeuwarden, giving people an opportunity to experience an alternative, greener future. Bosk means forest; more tree cover in urban environments means lower land temperatures - a planning feature that is becoming increasingly crucial in a heating world. The brainchild of landscape architect Bruno Doedens and his longtime collaborator, the late Joop Mulder, the Bosk emerged from Doedens' 2021 essay Planet Paradise, which questioned humans' relationship with the natural world. The 1,000 trees are made up of 60-70 native species, including ash, alder, elm, maple, oak, and willow, planted in 800 wooden containers. The project has received overwhelming local support, and people of all ages, genders and backgrounds have volunteered to move the trees.