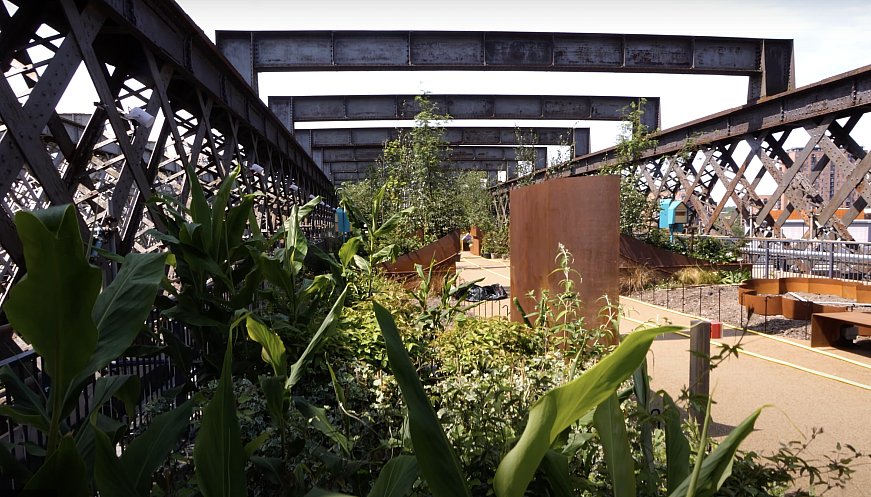 Unused since 1969, the tracks of a railway viaduct in Manchester, England that once brought coal into the city became overgrown with weeds. However, Twelve Architects and construction workers brought the structure back to life. Castlefield Viaduct, now an urban 'sky park,' contains over 3,000 plants. Duncan Laird, head of the urban places at the National Trust, said that "As the trees and plants start to bed in and grow it will slowly begin to match the vision for this space." The park mirrors its Victorian roots, with planters following the curvature of the bridge and railway tracks that once ran through them. As the space grows, it will bring people closer together, to their history, and to nature.