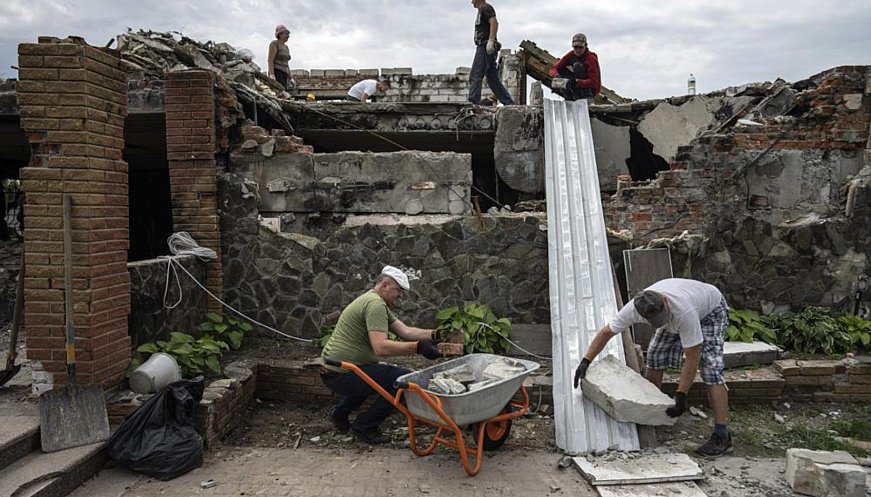 Russian artillery and tank fire destroyed Maria Metla's house, and the 66-year-old is now counting on her neighbors to have somewhere to live this winter. Crews of volunteers turn up most mornings to salvage anything that can be reused to help rebuild homes destroyed during Russia's failed attempt to surround and capture Ukraine's capital. Novoselivka, a village filled with orchards, sunflower patches, and back gardens with chickens, was a scene of intense fighting during the 36-day attack on Kyiv. While container homes from Poland are being set up near Novoselivka, there also are many local initiatives to rebuild. "In many other countries, if your home is destroyed, you might put up a 'For Sale' sign and move to another town. It's not like that here," says local volunteer organizer Andriy Galyuga. "People are very attached to where they are from and they don't want to leave."