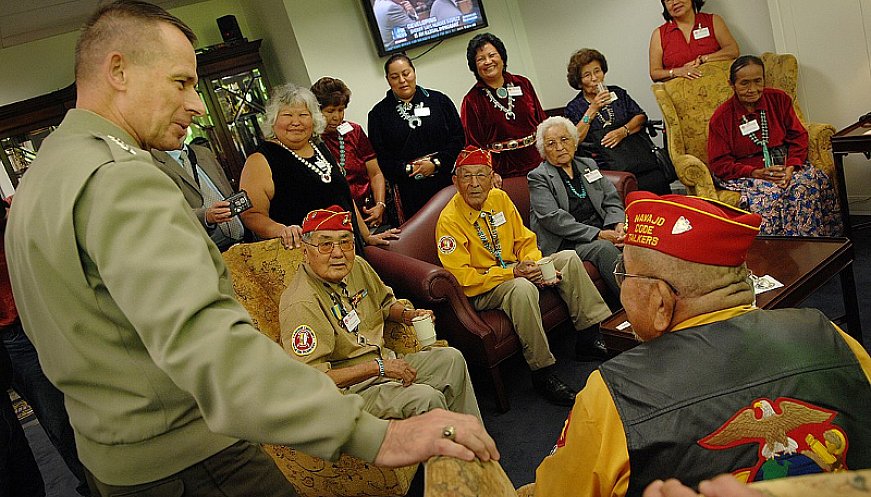 “It was the hardest thing to learn,” said 98-year-old Thomas H. Begay. “But we were able to develop a code that cannot be broken by the enemy.” He was the guest of honor during Arizona’s first official Navajo Code Talker Day celebration Aug. 14. The Navajo Code Talkers served in the US Marine Corps and participated in all assaults the Marines led in the Pacific from 1942 to 1945. The program was declassified in 1968, but the code talkers' work was not widely known until 1982, when President Ronald Reagan declared Aug. 14 as National Code Talkers Day. The Marines recruited 29 Navajo men to be Code Talkers in 1942. After the first group was successful at transmitting code, the Marines recruited more - 400 in all. Only three are still alive - Begay, John Kinsel Sr. and Peter MacDonald. “They fought for democracy and freedom at a time when they didn’t even have the right to vote,” said State Sen. Theresa Hatathlie.