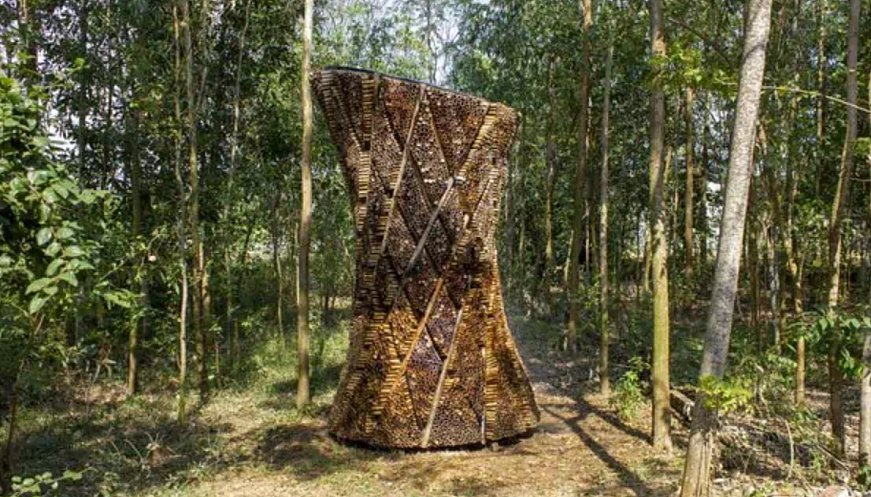 The number of sweltering days affecting people each year in Vietnam has grown due to climate change. But keeping the air conditioning running leads to high energy costs and worsens the effects of global warming. The architecture agency AREP turned to ancient designs to develop an alternative cooling system—a low-tech bamboo prototype. The bamboo system employs adiabatic cooling using an evaporative process where water absorbs heat from the air that flows across it, thereby cooling the surrounding air. The agency approached local artisans who helped build the system according to local crafting traditions. When tested, the bamboo cooling tower succeeded in dropping the surrounding temperature by 6°C (or 42.8°F). AREP plans to expand the solution regionally as well as to other parts of the world affected by frequent heatwaves.