Park's Historical Name Will Be Restored 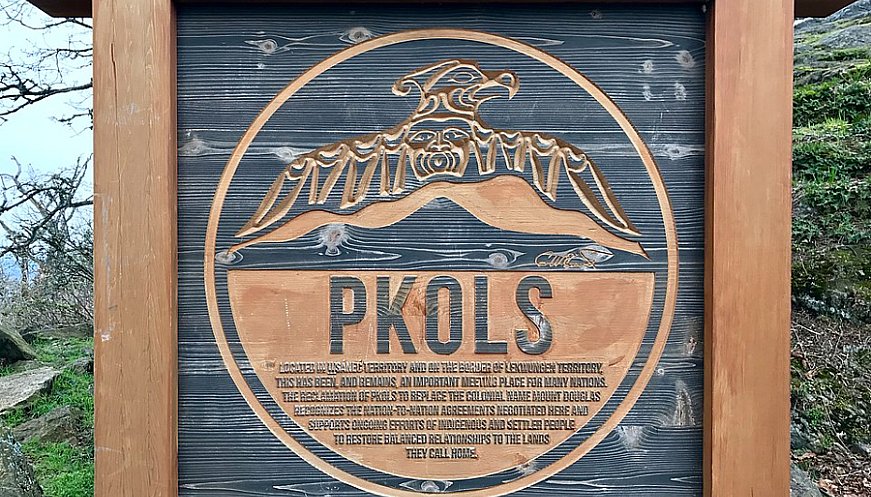 Mount Douglas Park near Saanich, British Columbia, Canada, will soon be known as PKOLS (pronounced P'cawls), its name in SENĆOŦEN, the language of the W̱SÁNEĆ (pronounced Wa-Saanich) people. The mountain is ingrained in creation stories, culture, and history as a border between nations and an important meeting place. “It was created by XÁLS as the border between us and the Lekwungen people, and it was where we met with James Douglas in 1852 to discuss what became known as the Douglas Treaty," says Eric Pelkey, community engagement coordinator for the W̱SÁNEĆ Leadership Council and Elder from the Tsawout First Nation. Saanich Mayor Fred Haynes calls the naming restoration, which wil take place in 2023, another “step forward” towards reconciliation.