Seeing a Woman Sitting in the Dirt at a Bus Stop, He Began Making Benches 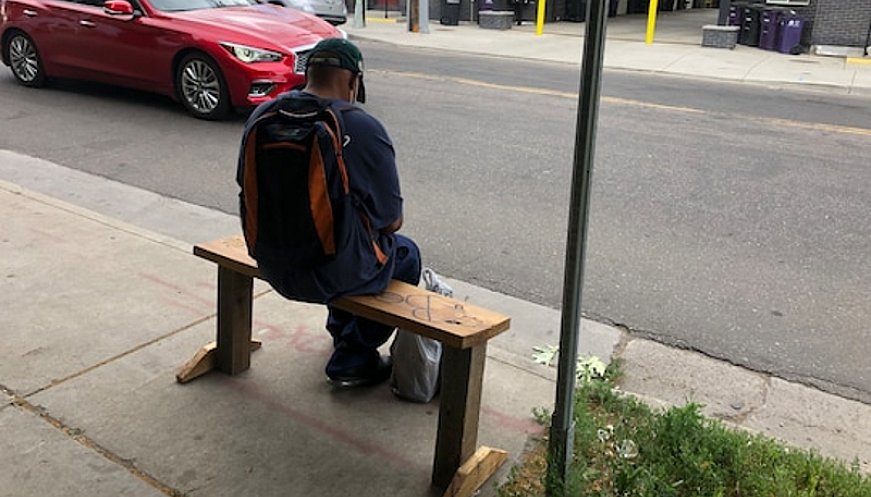 Ever since he went car-free in 2017, James Warren has used buses to get around if he can't get to his destination on foot or bike and has noticed the lack of seating at many stops. Then in January, he saw a woman sitting in the dirt, waiting for a bus, because there was no seating at the stop -- and no sidewalk. So Warren, 28, who works as a consultant for the Colorado Workforce Development Council, built a bench, from scrap wood. Since January, he has crafted seven more and placed them at bus stops around Denver, Colorado, U.S. Each one, made from scrap wood he finds in construction dumpsters, takes about three hours. Warren inscribes "Be Kind" on each one -- using a stencil or a wood-burning tool. Seeing his work in the local news, others have decided to help. "That puts me over the moon," Warren said. "That's the idea. Let's just all help our neighbors."