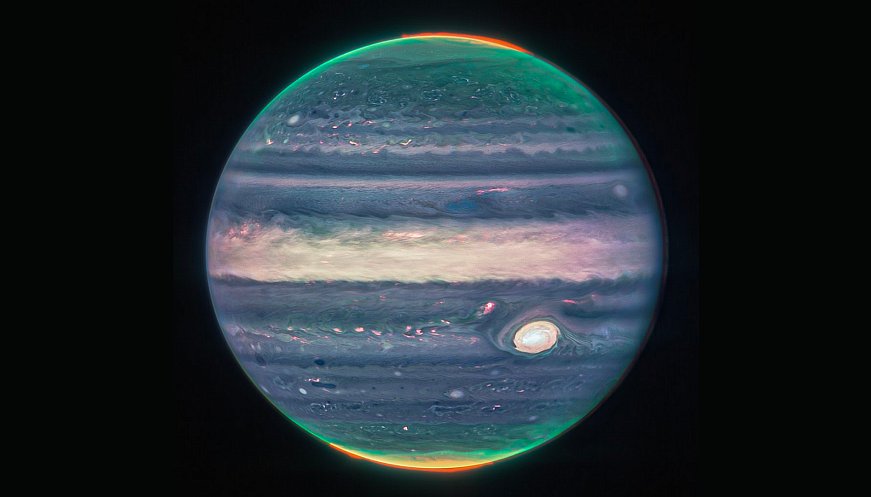 The world’s newest space telescope is showing dramatic new images of Jupiter. the solar system’s biggest planet. In July, the James Webb space telescope captured views of Jupiter’s northern and southern lights, and swirling polar haze. Jupiter’s Great Red Spot, a storm big enough to swallow Earth, stands out brightly alongside countless smaller storms. “We’ve never seen Jupiter like this. It’s all quite incredible,” says planetary astronomer Imke de Pater, of the University of California, Berkeley, who helped lead the observation. The infrared images were artificially colored in blue, white, green, yellow and orange to make the features stand out. NASA and the European Space Agency’s $10bn successor to the Hubble space telescope has been observing the cosmos in the infrared since summer. Scientists hope to see the dawn of the universe, peering back to when the first stars and galaxies were forming 13.7bn years ago.