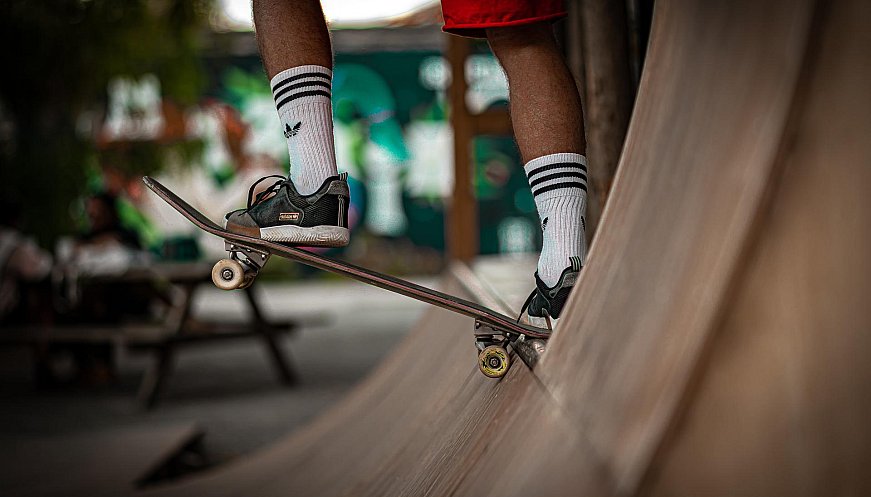 Skate ledge, kicker ramps, manual pad. A skate park has finally been built in the village of Tewa, located on the Hopi Reservation in northeastern Arizona. Two years ago, a group of Hopi teens known as Skate264 saw a need for a safe place to skate on the reservation. "We saw a whole bunch of skaters that were just skating on those little makeshift parks at the basketball courts or on the road or at hospitals or schools—anywhere that has concrete, pretty much," Quintin Nahsonhoya, a Skate264 co-leader, said. "So we thought it would be a good idea to bring a skatepark out to Hopi just because we didn't want anyone getting hurt or in trouble getting into places they shouldn't be, trying to skate." With support from the Hopi community, the village of Tewa built a skate park next to a softball field, with plans to expand it in the near future. As a side bonus, this community effort helped dissolve negative stereotypes about people who love skateboarding.