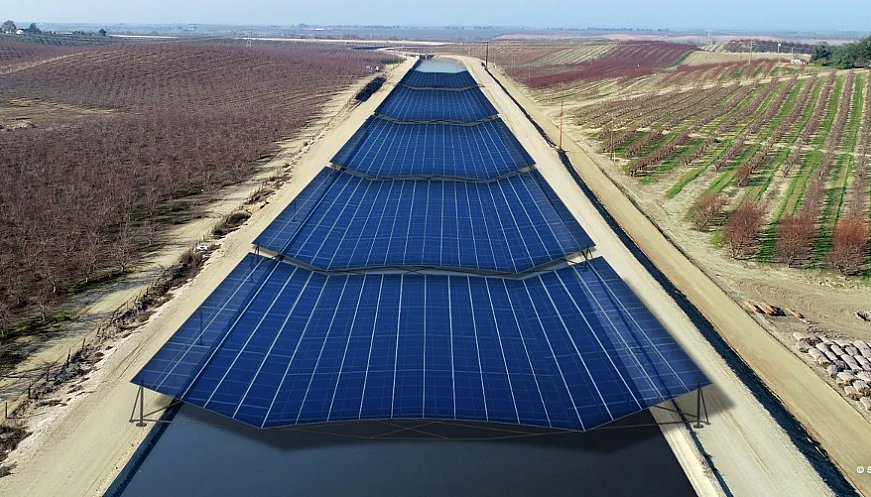 California is about to become the first US state to erect solar panels over a canal. Project Nexus, a $20 million project funded by the State of California, will break ground in mid-October at two locations on Turlock's irrigation canals. If it works for the first two miles, the project could be scaled to multiple locations. Covering all 4,000 miles of California’s canals with solar panels could produce 13 gigawatts of renewable power -- enough power for 9.75 million of California's 13.1 million households -- and help California meet its sustainable management goals for water and land. The project, expected to be complete by the end of 2024, will test whether the solar panels reduce water evaporation and vegetative growth, thus improving water quality and reducing canal maintenance costs, while generating renewable electricity.