Restoring a Key Hormone Could Help People with Down Syndrome 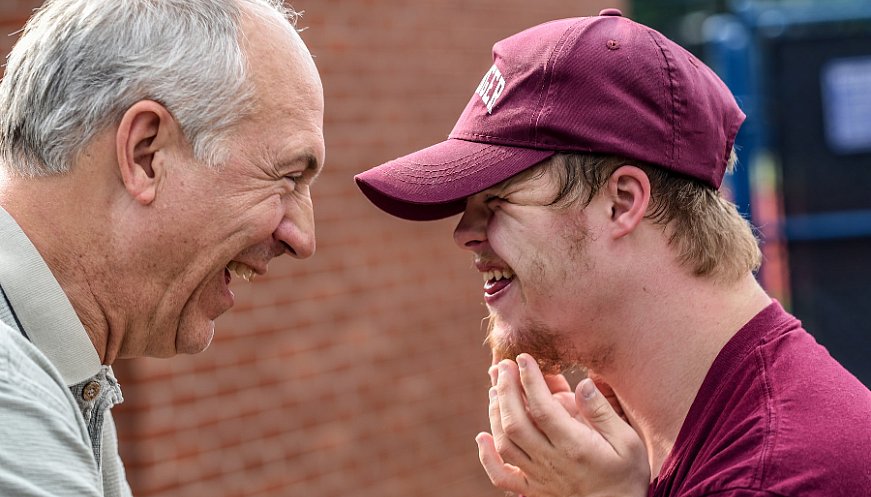 New research with mice -- and a small human trial -- has raised the prospect of helping more people with Down syndrome live on their own. A protein called gonadotropin-releasing hormone (GnRH) plays an important role in brain development, and neuroendocrinologist Vincent Prevot wondered if low GnRH levels during early development might play a similar role in Down syndrome. Lutrelef, a drug commonly used to replace GnRH in people, enabled Down syndrome mice to remember different objects and distinguish between smells after two weeks of treatment. Then, in a small pilot study, seven men with Down syndrome who received Lutrelef through a pump taped to their upper arms showed a 10% to 30% improvement on a standard measure of intellectual disability after six months. The study leaders are now recruiting 32 men and women for a placebo-controlled trial. While improvements in cognitive scores in the preliminary trial were small, some parents found it easier to talk to their sons on the phone and others noticed improvements in attention span and memory.