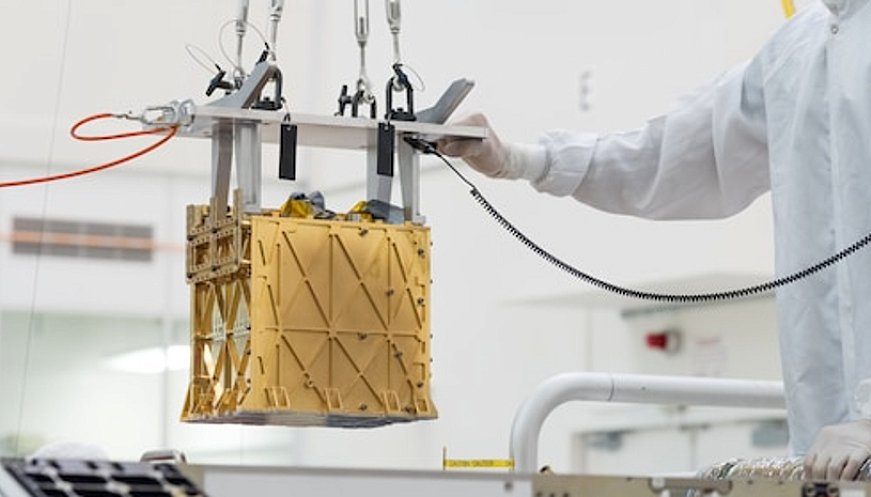 To explore Mars, humans will need to create oxygen. Now, a small device on the planet is doing just that. Researchers say the Mars Oxygen In-Situ Resource Utilization Experiment (MOXIE) can make oxygen from carbon dioxide, which is abundant in Mars’ atmosphere. The experiment, part of NASA’s Perseverance Rover Mission that landed on Mars in February of 2021, is the first time resources from another planet have been transformed into something useful for human missions. The box, created by NASA’s Jet Propulsion Laboratory and Massachusetts Institute of Technology, makes as much oxygen as a small tree on Earth, and can do it during the day and night during multiple Martian seasons. To sustain a human mission to Mars and back, scientists would need to scale the size of the machine considerably and ensure it could run continuously.