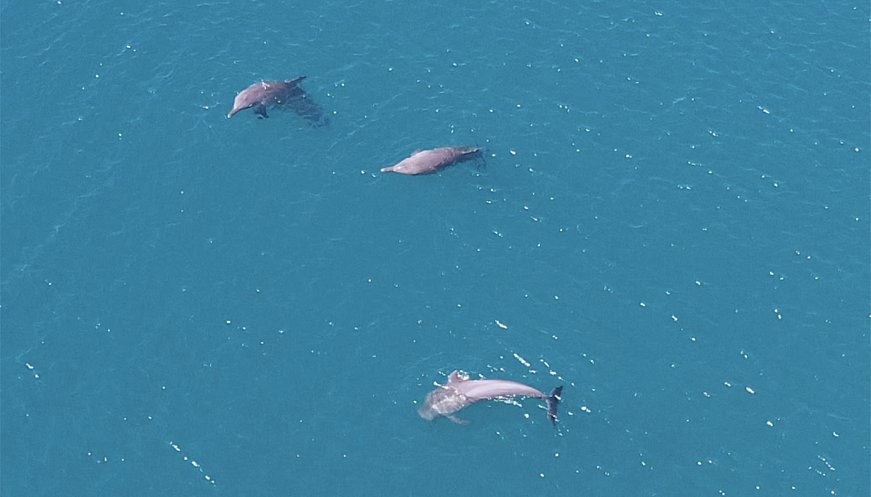 Three bottlenose dolphins were released into Indonesia's open sea last Saturday, September 3rd, 2022. They had been rescued in 2019 from a tiny pool to which they had been sold, after years performing in a travelling circus. The regained their health in a sanctuary in Bali, and when the sanctuary staff opened the gates to their bay pen, they looked at the opening for about an hour, until the oldest dolphin led the way, swimming into the open waters. The Indonesian government supported the dolphin's rescue and release, working with the Dolphin Project which was founded by Ric O'Barry, a dolphin trainer for the 1960's TV show "Flipper," who devoted his life to returning mammals to the wild after seeing the toll captivity took on them. The dolphins will be tracked with GPS for a year. Before the dolphins departed, O'Barry's son and fellow dolphin rehabilitator, Lincoln, described to "AP News", "They turned back around and came back to us one more time ... then they headed straight out to open ocean and disappeared."