The Green Dream to Rebuild a Sustainable Ukraine from the Rubble 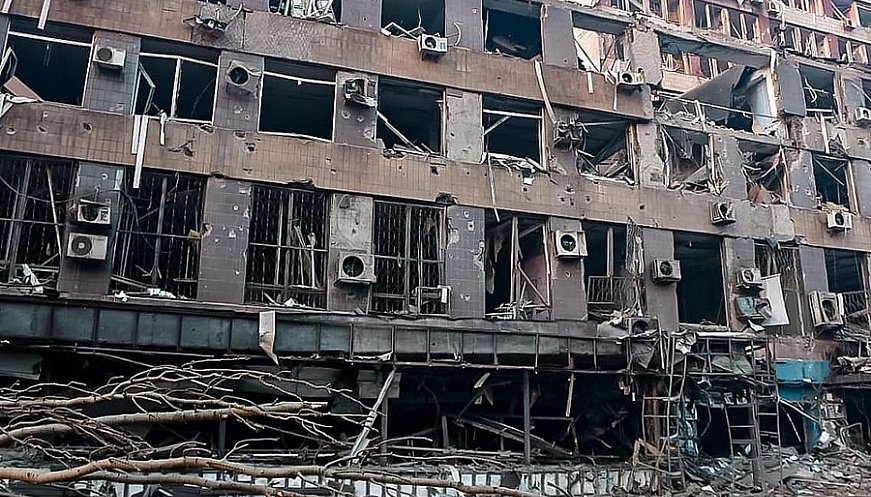 Even as Russian troops were invading, urban planner Alexander Shevchenko was thinking about rebuilding Ukraine. When he posted a Facebook message on March 1st, 2022, he heard from about 300 people from 30 countries. His ReStart Ukraine is one of a handful of initiatives with a focus on sustainability. Oleg Drozdov of the Kharkiv School of Architecture has launched a coalition of 50 local experts, and various architects have started plans for at least three cities. ReStart Ukraine is working on a master plan, using green technologies, for Chernihiv. Devastated Mariupol is being reimagined via Re: Mariupol, which Sergii Rodionov sees as creating a benchmark for redesigning post-Soviet industrial cities. Kharkiv has invited architect Norman Foster, who designed Apple’s headquarters, to develop its new master plan. Coventry, England, rebuilt after devastating WWII destruction, is one of a dozen post-war reconstruction cases being studied by the National Union of Architects of Ukraine and Kyiv-based PRO PM School of Construction Project Management. A governmental Ukraine Recovery Plan, still being finalized, marks what some experts consider the world’s first attempt at a low-carbon reconstruction.