In Cleveland, Fine Dining Serves Training -- and Dignity -- after Prison 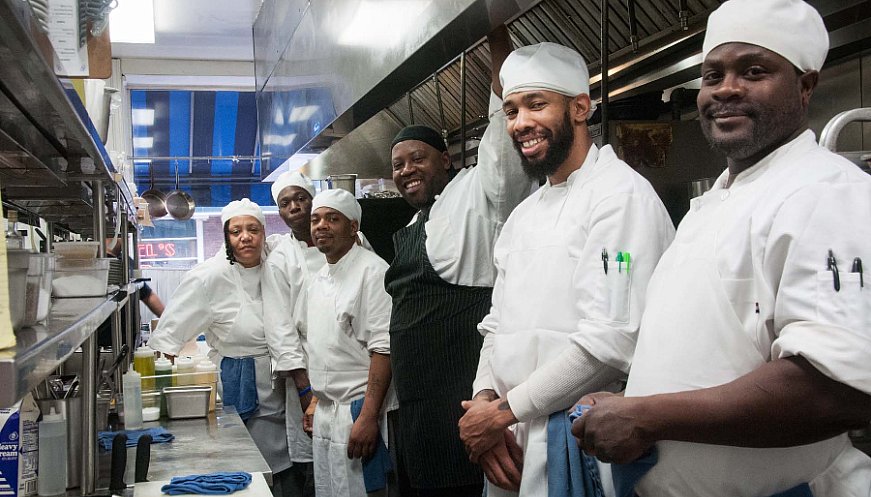 Brandon Chrostowski is the founder of a Cleveland restaurant whose philanthropic mission grew from his arrest at 18. It’s why he launched Edwins Leadership & Restaurant Institute where formerly incarcerated adults learn culinary skills over six months. Since 2013, 600 have graduated. Alumni have a 95% employment rate, and fewer than 1% of graduates are re-incarcerated. In 2020, Chrostowski opened a second restaurant, Edwins Too. He also has launched a French bakery and a butchery and now is working on a child care center to provide free day care for staff and students. In April he traveled to his ancestral home, Poland, to cook for refugees fleeing Ukraine. He’s also created a 30-hour curriculum and distributed it on 400,000 tablets to US prisons. “Just watching Brandon and the amazing things that he does, it is just so true that anything you set your mind to literally is possible," says trainee Ce'Lo Croff. "And you have to have the diligence and the perseverance and the drive to just go get it.”