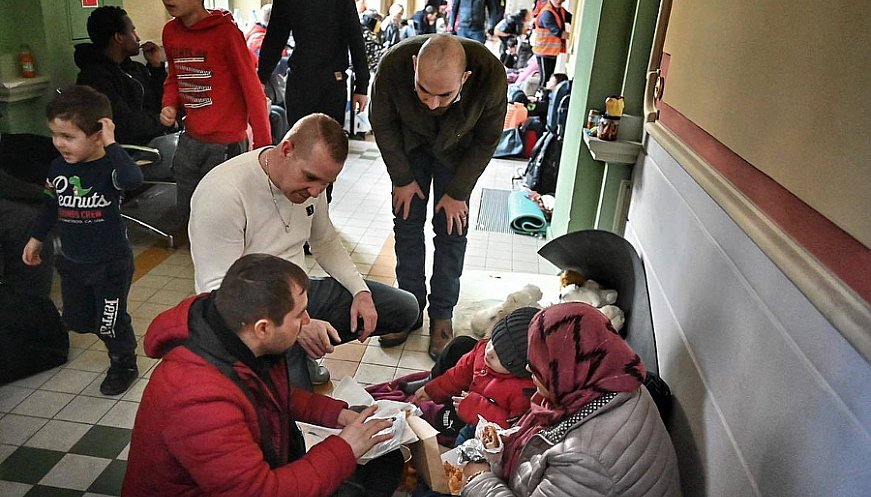 Ukrainian refugees could turbocharge Poland's $670 billion economy, and the Polish government and employers are working hard to make more than two million Ukrainian refugees welcome in the nation of 38 million. By late July, 385,000 Ukrainian refugees had found jobs, and researchers hope that a substantial number will stay. Migrants have helped keep Poland's economy growing at one of the fastest rates in Europe over the past few years. In the war’s first three months, private citizens spent as much as $2.1 billion on aid, and the government pledges $3.4 billion for this year. More than 1.2 million Ukrainians now have social security numbers, giving them access to health care, education, and social benefits. The government launched a website in Polish, Ukrainian, and English for refugees seeking jobs, schools offer Polish classes, and agencies provide day care to parents with young children. Businesses are hanging help wanted signs, and corporations are donating hotel rooms and buildings to ease the housing crunch.