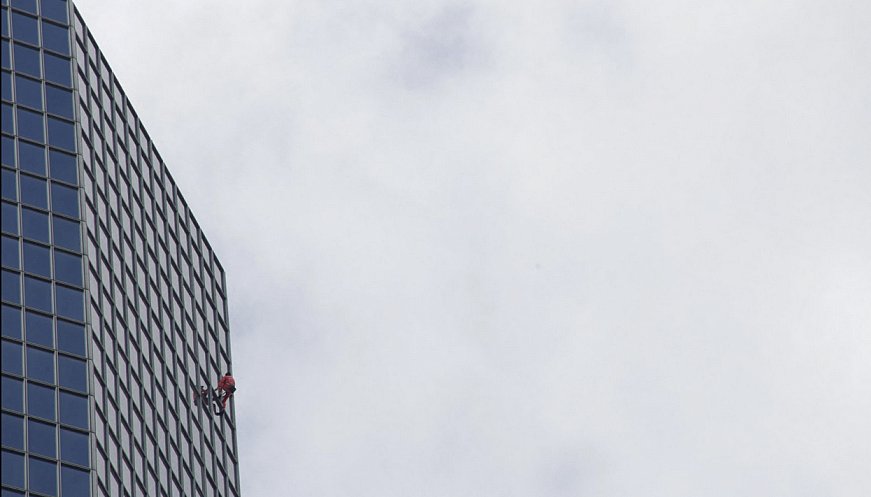 Alain Robert has a nickname: "French Spiderman". It's for good reason -- he has climbed over 150 towering structures around the world -- from the world's tallest building, Dubai's Burj Khalifa; to the Eiffel Tower in Paris, and even San Francisco's Golden Gate Bridge. He climbs without a harness, using only his bare hands, climbing shoes, and a bag of powdered chalk to wipe off sweat. So, it's only natural that, to celebrate his 60th birthday last month, he scaled a 48-story skyscraper in Paris on Sept 17, 2022. Dressed in red, he raised his arms as he reached the top of the 613-foot (187 meter) Tour TotalEnergies building. "I want to send people the message that being 60 is nothing. You can still do sport, be active, do fabulous things," Robert stated.