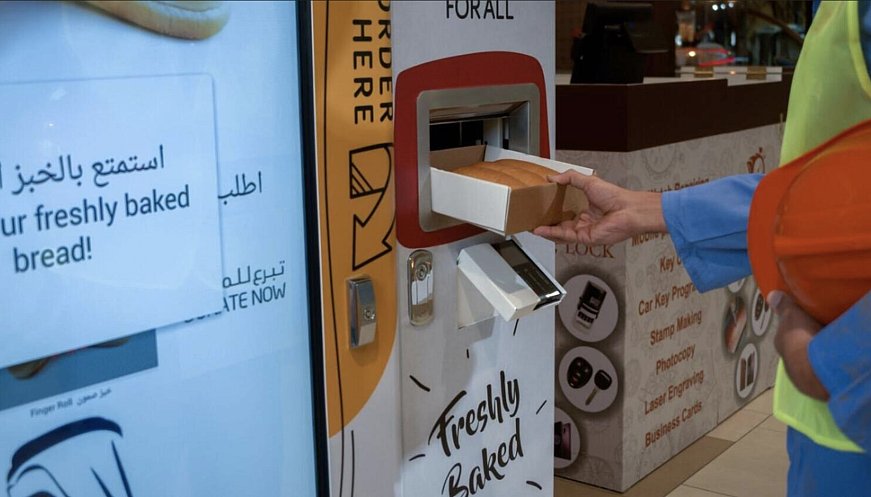 In Dubai, a new 'Bread for All' initiative has begun providing hot bread to anyone around the city who would like it. People have the option to select from two options, Arabic bread and finger rolls, from a vending machine, which heats up the bread in about a minute after a user clicks to order it. The initiative is a vision of His Highness Sheikh Mohammed bin Rashid Al Maktoum, Ruler of Dubai and Vice President and Prime Minister of the UAE, who stressed at the start of the pandemic that "in UAE, no one should sleep hungry." The Mohammed bin Rashid Global Centre for Endowment Consultancy (MBRGCEC) officially launched the campaign under the Awqaf and Minors Affairs Foundation, to help underprivileged families and laborers. The general public can donate to the project, which according to Zainab Juma Al Tamimi, Director of MBRGCEC, has plans to increase the number of vending machines across Dubai and other emirates after six months. She remarked, "This initiative aims to enhance the principle of sustainability in humanitarian work and spread social solidarity in society."