An Innovative Program in Bogota Cares for the Caregivers 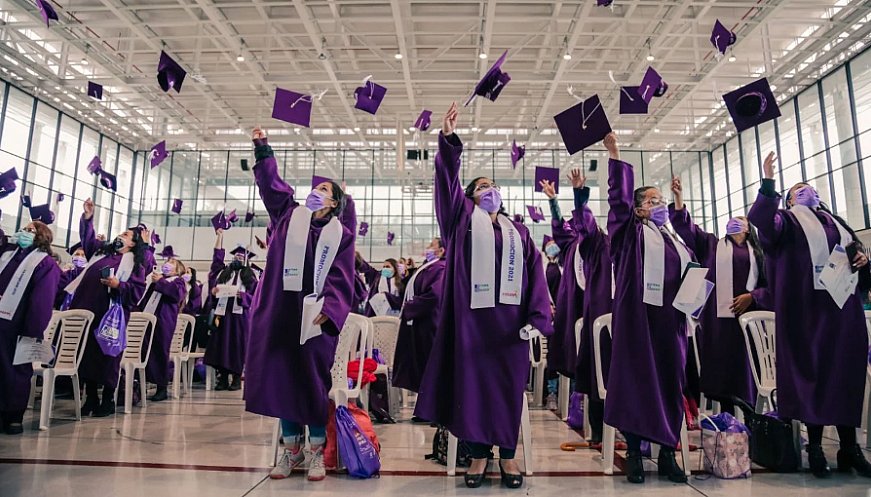 A group of older women working towards their high school diplomas at a community center in a working-class area of Bogotá are part of a network that provides caregivers with educational, social, recreational and technical services as compensation for their unpaid labor in the care economy. The value of such work in the Colombian economy -- estimated at 20% of its GDP in 2020 -- inspired the Feminist Economy Roundtable to lobby for local government to address the care economy. In Bogotá, Mayor Claudia López ran on a care economy platform and turned it into a program when she became the first woman mayor of Colombia’s capital in 2019. Bogotá’s Department of Women selects locations for the care blocks -- known as manzanas del cuidado -- based on the number of people receiving care in the vicinity and the number of women caregivers below the poverty line.  Today the Mazana del Cuidado de Bosa has over 50 different offerings, from Microsoft Office classes to Sexually Transmitted Infection screenings to financial literacy and entrepreneurship workshops to yoga and meditation to coaching for housing subsidy applications; the department solicits ideas via public participation tools, including a WhatsApp group that each manzana’s manager maintains.