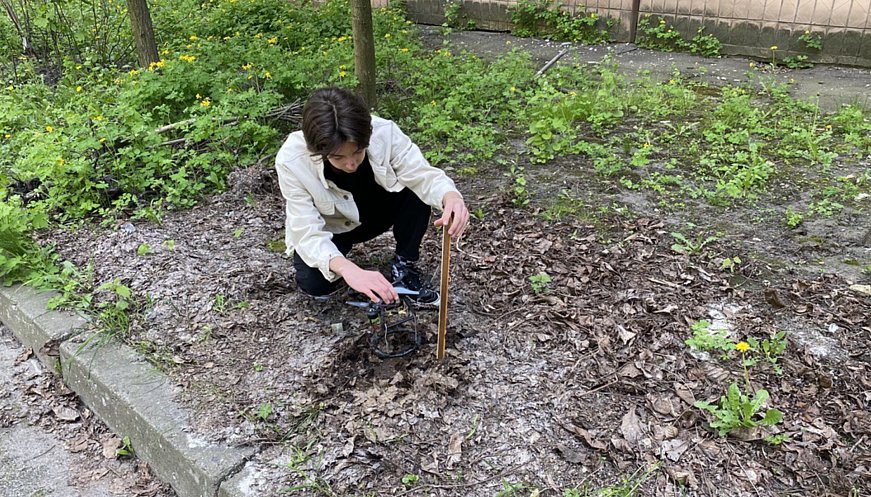 When Russia invaded Ukraine in February 2022, 17-year-old Igor Klymenko had to flee his home in Kyiv. He and his family moved to the countryside and took up shelter in a basement, as explosions took place outside. After three weeks, the teenager revisited a passion project: creating a drone that could find unexploded land mines. In 2014, when Klymenko was just 9 years-old, Russia invaded Crimea and he learned about the global land mine crisis (as many as 110 million land mines could be buried in 60 countries). While sheltering from the attacks, the teen thought "I can't give up," he told Smithsonian Magazine. "My people are defending Ukraine, my country, me, my family, and I should also help them." As he finished his senior year in high school amid sheltering from the attacks, Klymenko worked with scientists and programmers to hone his Quadcopter Mines Detector. Now, he has two working prototypes and two Ukrainian patents. In September 2022, Klymenko was awarded the Chegg.org Global Student Prize for his efforts. Today, Klymenko is a computer science and mathematics students at Canada's University of Alberta. He continues to refine his device and hopes to create a minimum viable product by the end of the year.