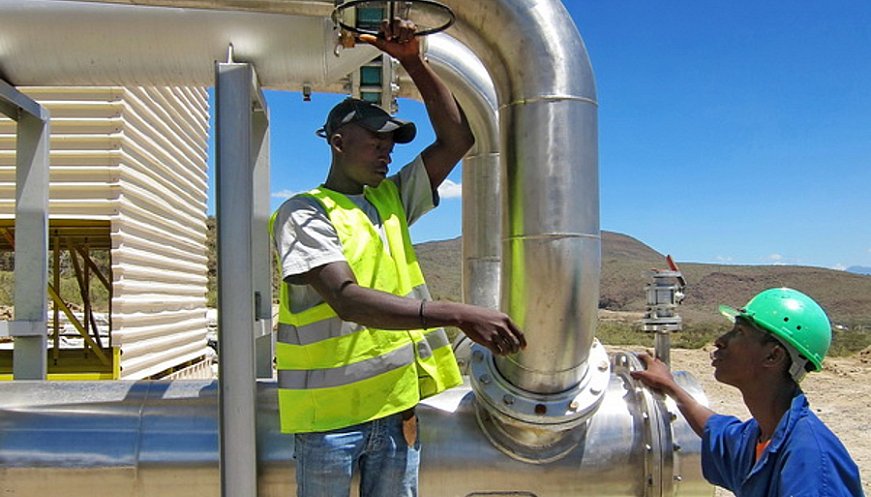 In 2020 and 2021, some 48% of all Kenya’s electricity came from geothermal energy — the highest share of any country. It is the result of attempts to tap geothermal resources in the Great Rift Valley that began in the mid-1970s, with the first geothermal plant in Africa coming online in 1981. In 1997, Kenya Power Company became the Kenya Electricity Generating Company (known as KenGen), and investment ramped up. Kenya installed 93 megawatts of generating capacity in the 1980s and 1990s, and 531 megawatts since 2000. The July 2022 opening of Olkaria V and a sixth turbine added at Olkaria I brought the total to some 882 MW and by 2030, Kenya hopes to have 1,600 MW — almost double today’s total — up and running. Other areas of Africa also have great geothermal possibilities. This May, a group of Egyptian geologists created a first of its kind analysis of high geothermal potential regions in Africa and found 14 areas of interest, from Algeria to Namibia to Malawi, South Africa, Liberia and beyond. Kenya also has built its own human capital to support the geothermal infrastructure, so now Kenyans are leading the work of developing geothermal power in the country.