Hurricane Ian Dumped Trash On The Beach. These Guys Picked Up 310 Pounds Of It. 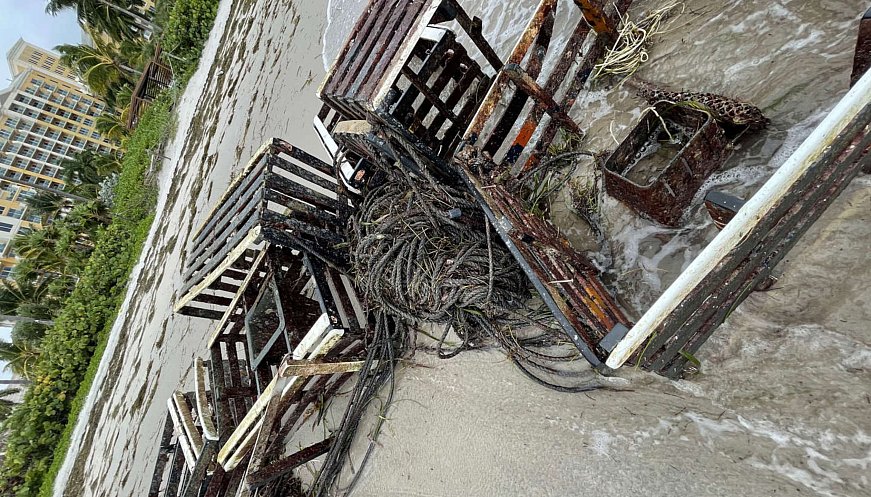 Manny Rionda said he has developed a habit he never imagined he'd have: picking up trash. He called it both addictive and life changing. So, when the Florida, US, man saw waste piling up along the shore this week as Hurricane Ian sent tropical-force winds to Miami, he went straight to the beach. He brought with him environmental activist Andrew Otazo. They removed 310 pounds of derelict lobster traps, marine rope and other waste on key Biscayne Beach that had washed up on the shore from the severe winds. The ocean floor has large piles of trash that have accumulated over time and come ashore during weather events. "I'm not just doing this because I want to make a difference; I also want to bring attention to this problem," said Otazo. He said he started doing cleanups five years ago, when he noticed copious amounts of debris trapped beneath the exposed roots of red mangrove trees, which are native to Florida. Mangrove trees play a critical role in protecting the region from erosion, particularly during extreme weather events, including hurricanes. Otazo is committed to protecting the trees; he has spent his weekends for the last five years cleaning up waste from barrier islands. So far, he has removed more than 22,000 pounds of trash from South Florida's coastal ecosystem and says he's just getting started.