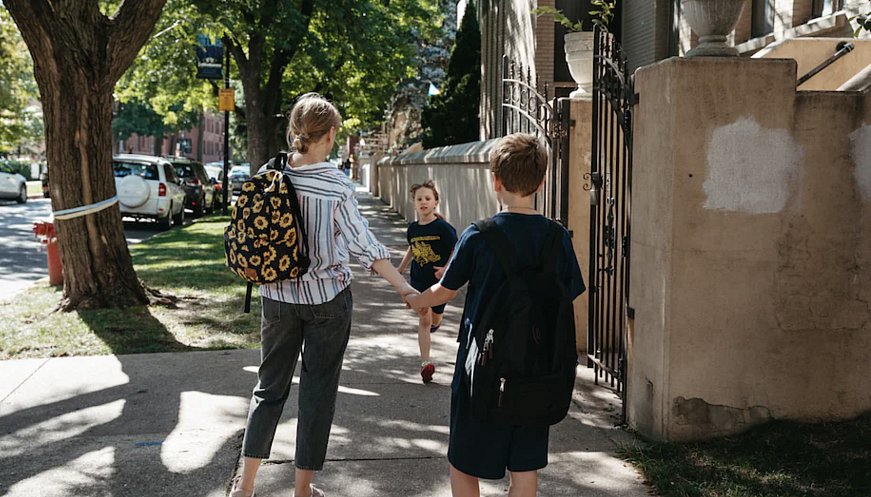 The first Ukrainian refugee to show up at Chicago's St. Nicholas Cathedral School, a week after Russia invaded Ukraine, was 13-year-old Dmytro, who came with his mother straight from the airport. He had previously attended St. Nicholas but returned to Ukraine to study the Sopilka, a Ukrainian flute. Eight months into the war, St. Nick has become a hub for displaced students. Roughly 80% of students are of Ukrainian descent, and nearly a fifth are natives of Ukraine. Several teachers and school staff speak Ukrainian, as do many of the students, who help translate for their new peers. The school has also added language aides and counselors who help support the new students through their trauma. The school is currently hosting 75 refugees, many who arrived in the US with very few personal belongings. The school has organized donation drives for supplies and clothing for families in need. A local Catholic school stepped up with a student-led fundraiser, while another did a gift card drive.