'We Take Care Of Each Other': The Young Ukrainians Rebuilding More than just Homes 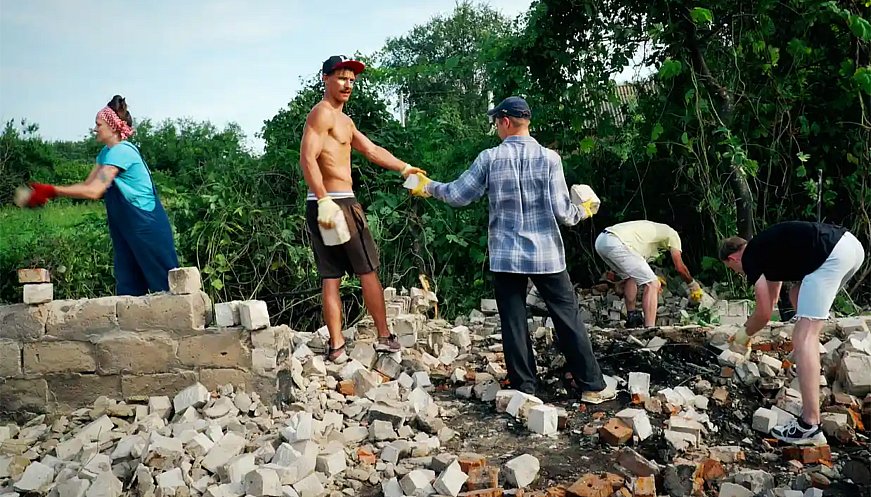 Before the war, young people "would never come to these villages [outside the city], but now we all take care of each other," states Tetiana Burianov, a community organizer spearheading a band of 20 and 30-something volunteers in restoring homes and areas in rural villages outside Kyiv, an initiative now known as Repair Together. What began as a low-key effort over the summer has burgeoned into a crew of 200 urban volunteers arriving in villages every weekend to clean up the rubble and devastation. On a warm Saturday, 86-year-old Liubov Pavlivna's damaged home is bustling with volunteer work crews. Their kindness is a stark and welcome contrast to the brutality of war Pavlivna faced, where her disabled son was killed by the Russian occupation, and she herself had been threatened by soldiers and thrown in a ditch. Oleksii Oleksiiovych, 63, and his wife lost everything in seconds during a tank battle in mid-March that smashed his house to the ground. Having moved in with friends after losing everything they earned over their lifetimes, any clean-up had been minimal for months -- until now. "I want to thank the volunteers. I want to fall on my knees," Oleksiiovych uttered.