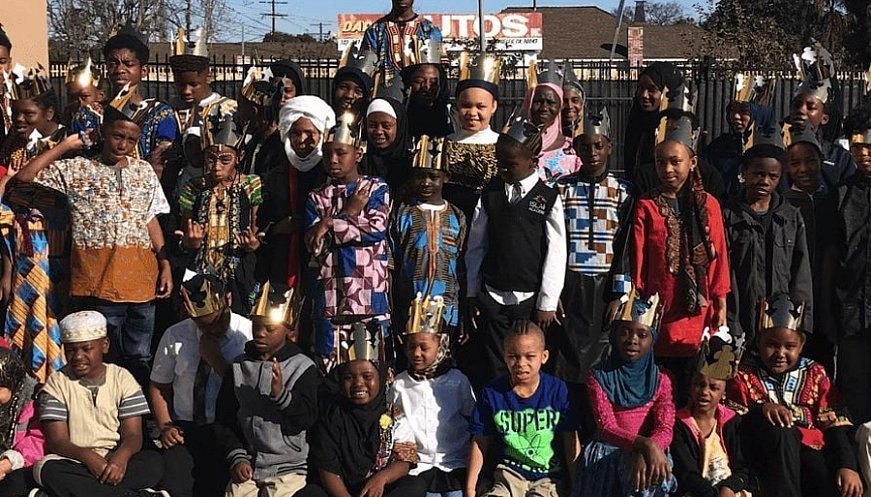 Islah Academy, a pre-kindergarten through 8th-grade school in inner city South Los Angeles, Calif., U.S., is working to keep young people from becoming embroiled in gang activity or ending up in prison. “We wanted something that was really restorative, and not punitive,” says Principal Azizah Ali. Islah Academy, she notes, offers an alternative to “a lot of boys, Black boys.” Islah, in Arabic, means to revive, renew and restore. Before Islah, the community was plagued by an absence of young people when they reached high school. “It’s just amazing to see where they’re at now, to see how far they’ve come,” says Garland Bush, director of student affairs. “We have students that are in college now.” Between 2016 and 2017, 3.6% of US students were suspended from school. But the rate for Black boys was 12.8%. In kindergarten through grade 3, Black boys are 5.6 times more likely to be suspended.