These Highly Trained Rats Have Sniffed Out 150,000 Explosives 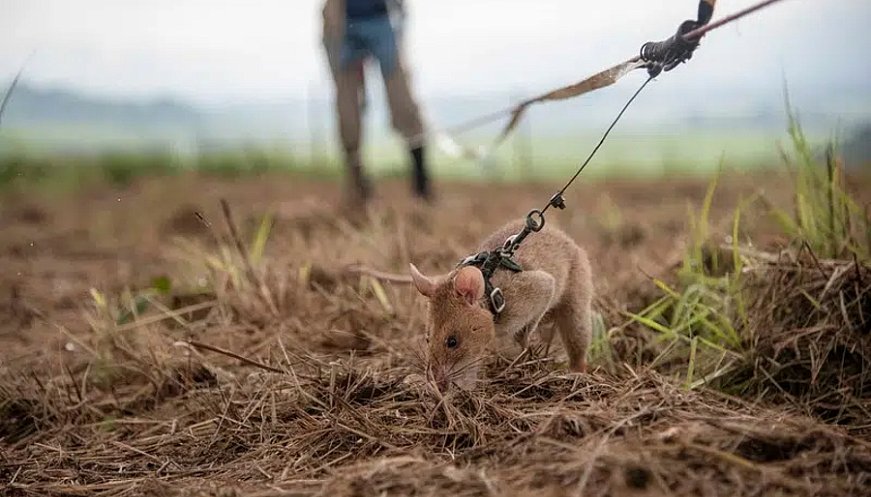 By the end of 2021, Gambian pouched rats had found 150,000 explosives, including land mines, across seven countries in Africa and Southeast Asia, helping return 70 million square meters of land to communities and freeing almost two million people from the fear of land mines. The idea came to a graduate student in the Netherlands in 1997, the same year 133 countries were ratifying the Anti-Personnel Mine Ban Treaty. Knowing the rats had superior scent detection abilities, Bart Weetjens teamed up with Christophe Cox, now APOPO’s chief executive, on a research project in 1995 that eventually grew into APOPO, a Belgian nonprofit. As well as doing land mine detection in Angola, Zimbabwe, Mozambique, and Cambodia, APOPO has also trained rats to sniff out tuberculosis in samples of sputum. They’ve screened more than 800,000 samples and found an additional 25,000 TB patients missed by local clinics. APOPO is also exploring if the rats can be trained to find survivors in collapsed buildings or other catastrophes.