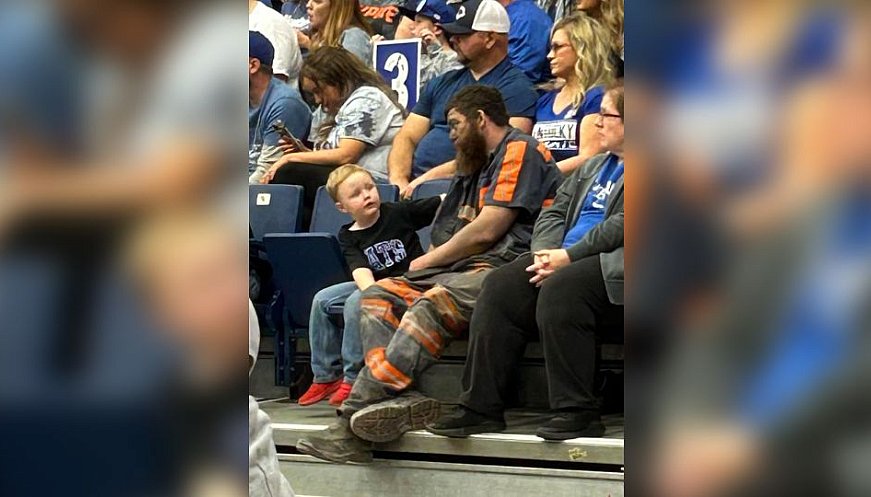 A Kentucky, US, coal miner who rushed straight from work to take his family to a University of Kentucky Wildcats practice game is on the shortlist for father of the year. Michael McGuire earned praise from legendary coach John Calipari who shared a picture of him and expressed admiration for his hard work and dedication to his son. The photo, which has now gone viral, shows McGuire and his son sitting in the stands at a recent Blue-White Game scrimmage that was played in Pikeville, in Eastern Kentucky. McGuire is still wearing his work uniform and heavy boots and his face and arms are covered in black coal dust. Sharing the picture on Twitter, Calipari said, "My family's American dream started in a Clarksburg, West Virginia coal mine, so this picture hits home. From what I've been told, after his shift, he raced to be with his son & watch our team. Don't know who this is, but I have tickets for him & is family at Rupp to be treated as VIPs!!" McGuire was identified shortly thereafter and the coach connected with the family, extending the special invitation.