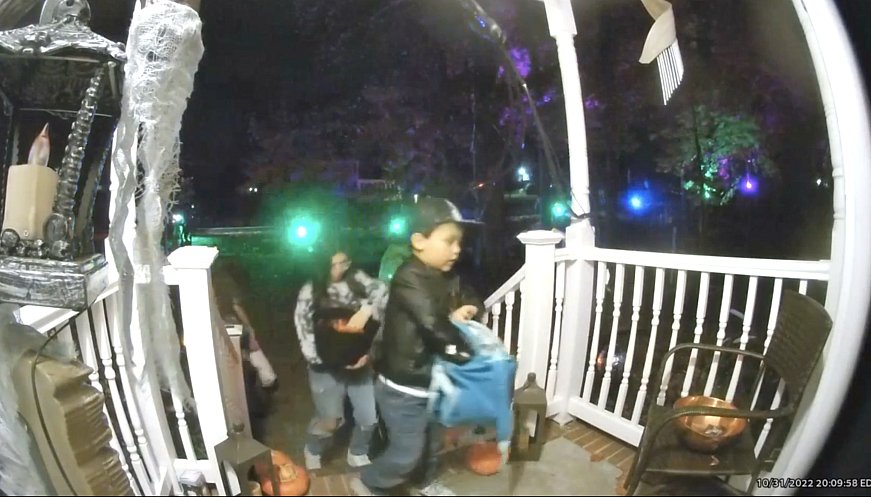 On Halloween night in the U.S., it's not uncommon to see a bowl of candy left on a porch for trick-or-treaters to help themselves. Yet when candy ran out at the Ellsworth family's residence in Virginia, their Ring doorbell camera captured three siblings refilling the bowl from their own stock. "We just thought to put candy in the basket for the other littler kids, since we have gone [trick-or-treating] so much," Rose Gutierrez, 11, explained to WTVR 6 News. The video shows Rose walking up the front steps and looking in the empty bowl. As she began to walk away, she turned around and put some of her own candy in the empty bowl. Her younger siblings, Sam and Christina, followed suit. "It's okay. I got a lot," 5-year-old Sam said. When the Ellsworth family saw the camera footage, they were blown away. "We were talking about it all night.," Jenni Ellsworth said. "[Our] girls were talking about it. I mean, I don't even know if my kids would do that. ... And so [husband Ian's] first instinct was to share this [video]. He said there's so much negativity, we need to put some positivity out there." 11-year-old Rose told WTVR 6 News that their actions were a result of her parents' guidance. "Before we went trick-or-treating, my dad told us to put candy in the baskets that don't have any for the little kids. We just have been trying to be kind everywhere we go. We try to be kind to everyone."