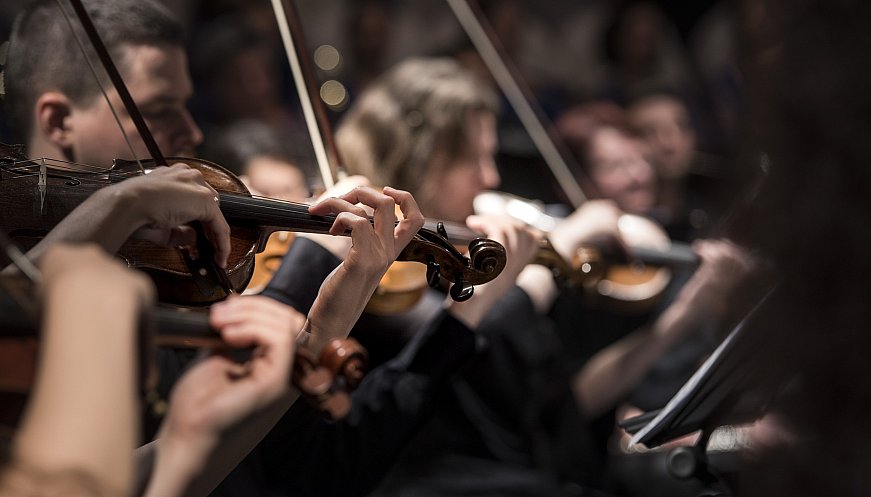 Atop a hotel in Caracas, Venezuela, the sound of trumpets, trombones, and French horns roar through the neighborhood as the sun sets. This is the Orquesta Sinfónica Gran Mariscal de Ayacucho founded in 1989, who incorporate blends of classical and Afro-Caribbean rhythm influences. Their recent debut album, "Sinfonía Desordenada," was recorded virtually by 75 musicians during the pandemic. Amid violence, corruption, and a poverty that has caused an exodus of over six million Venezuelans, the tunes are both a lifeline and a message about the real struggles of living. "I felt that we had a lifeline there in the midst of boredom and fear," says vocalist Horacio Blanco.