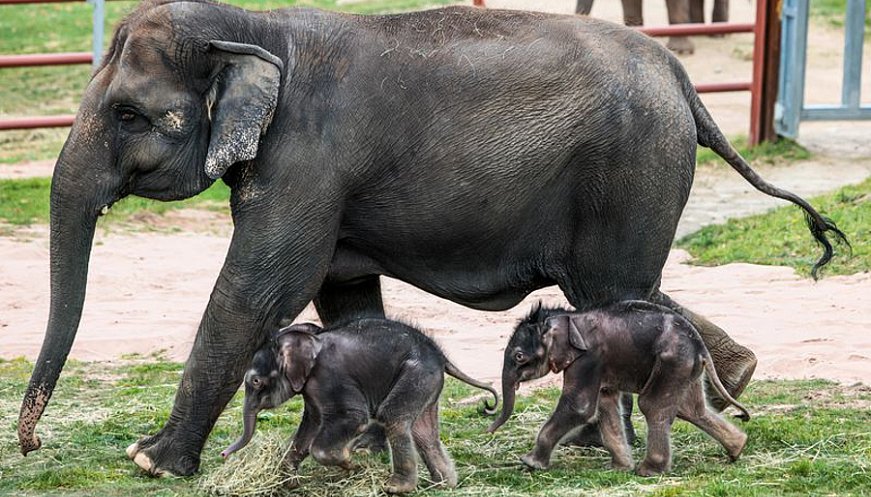 The first known successful birth of twin elephants in the US has taken place at the Rosamond Gifford Zoo in Syracuse, New York, one of only eight accredited breeding facilities for the endangered Asian elephant population. The twin bring the zoo's elephant population to eight. The Syracuse staff was surprised when a second calf was born to Mali 10 hours after the first on Oct. 24. The first calf weighed 220 pounds at birth; the second weighed 237 pounds. Soon, the babies will be reintroduced to their father, Doc, and the rest of the herd. Only an estimated 20,000 Asian elephants remain in the wild. In December 2020, Mali and Doc lost their two other calves to Elephant Endotheliotropic Herpes Virus (EEHV). Both placentas have been sent to a lab that specializes in stem cell research in the hope of creating a vaccine or cure for EEHV.