At 18, She Has A Master's Degree; So Does Her Sister 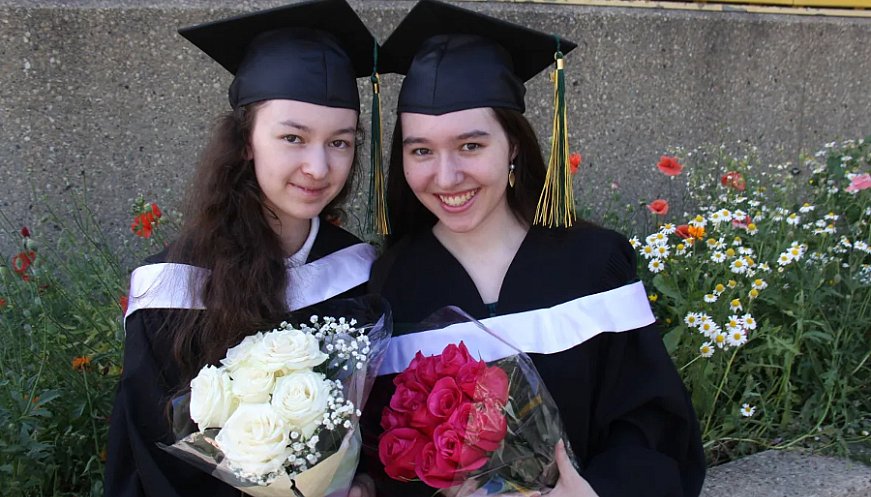 At 18, most girls are thinking about graduating from high school -- not from university with a Master's degree. Isabel Jewell and her older sister, Sophia, both graduated with master's degrees in Slavic languages and literature from the University of Toronto. Their journey started with undergraduate degrees at the University of Alberta when they were just 12 and 14. Sophia Jewell, who had been homeschooled, wanted to learn languages but their family did not speak Polish or Ukrainian, so she thought they could take them at university. She brought the learning home to Isabel, who joined her in the second half of the course. Soon, both were pursuing an undergraduate degree in modern languages and cultural studies. Isabel says people sometimes assume she and her sisters must be geniuses. But she doesn't agree. "It's not this idea of being a prodigy or something like that, but being willing to do the hard work, invest yourself in that and learning to work together," she said.