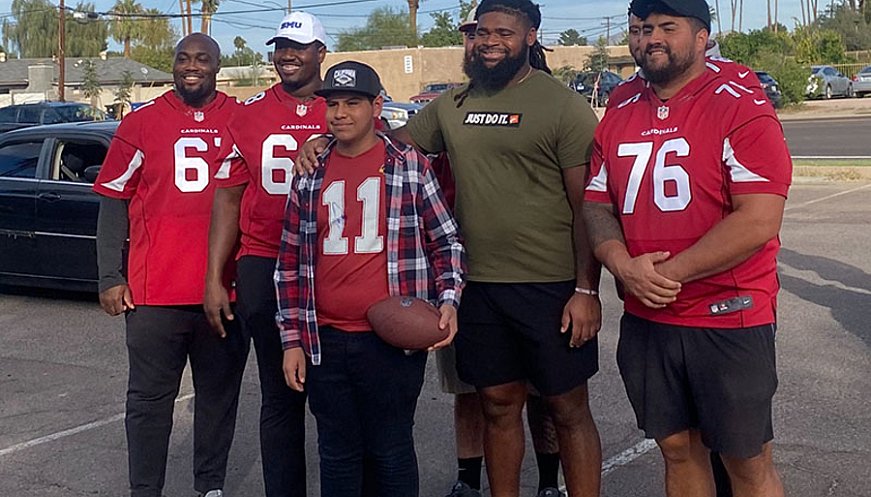 About 175 families were guests of Arizona Cardinals offensive tackle Kelvin Beachum, his teammates, Verizon, and the United Food Bank as part of Verizon’s Gridiron Giving Challenge in Mesa in November. Cardinals fans vie with New Orleans Saints fans to see which can raise the most money to “tackle hunger” in their community. “You still have families that are in need that just need the basic necessities in life, and to be a part of the solution instead of just talking about the problem, that’s what we are doing today,” says Beachum. The United Food Bank used to build around 26,000 emergency food bags a month but now builds 36,000. Beachum, 33, an advocate for the less fortunate since his days playing at Southern Methodist, has continued his work since entering the NFL in 2012. While with the New York Jets, he was named Week 6 NFL Players Association Community Most Valuable Player for leading the World Food Day Match Challenge, which generated $71,590 for five food banks to combat domestic food insecurity. Beachum donated $46,000 of his own money to pay for 337,892 meals for those in need.