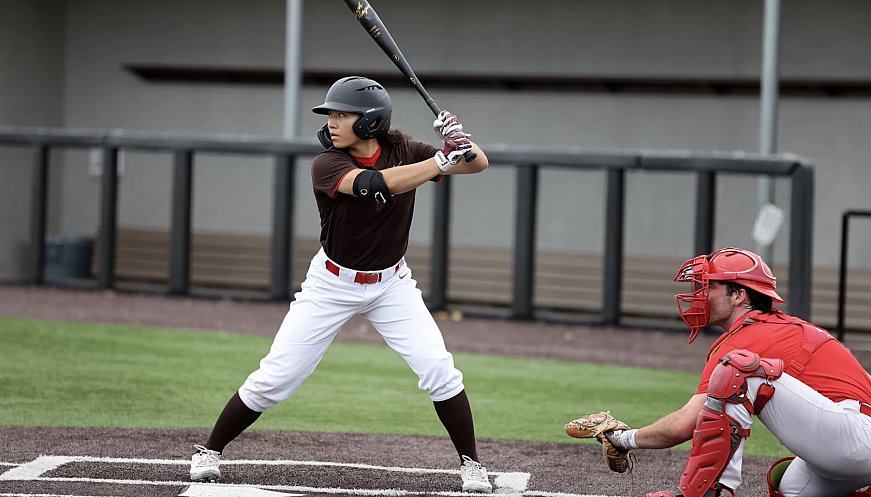 This February, when colleges across the U.S. begin their baseball season, a player on the Brown University team will be making history. Olivia Pichardo, 18, a first-year student from Queens, New York, will be first woman on the roster of a Division I college baseball team in the U.S. "Olivia put together the most complete walk-on tryout I have seen from a player since becoming a head coach," said Brown baseball head coach Grant Achilles. Pichardo was also named to the roster of the USA Baseball Women's National Team as a right-handed pitcher and outfielder. Females have been making strides in the sport. In Spring 2023, eight women are on the roster to play varsity college baseball, according to national organization, Baseball for All. In May 2022, Kelsie Whitmore became the first woman to start in a game in pro baseball's Atlantic League. Back at Brown University, when Coach Achilles announced to the team in October that Pichardo had made the cut, the entire team erupted into applause. "I'm just really glad that we're having more and more female baseball players at the collegiate level, and no matter what division, it's just really good to see this progression," Pichardo said. "It's really paving the way for other girls in the next generation to also have these goals that they want to achieve and dream big and know that they can do it."