Son Fulfills a Childhood Promise to his Mother 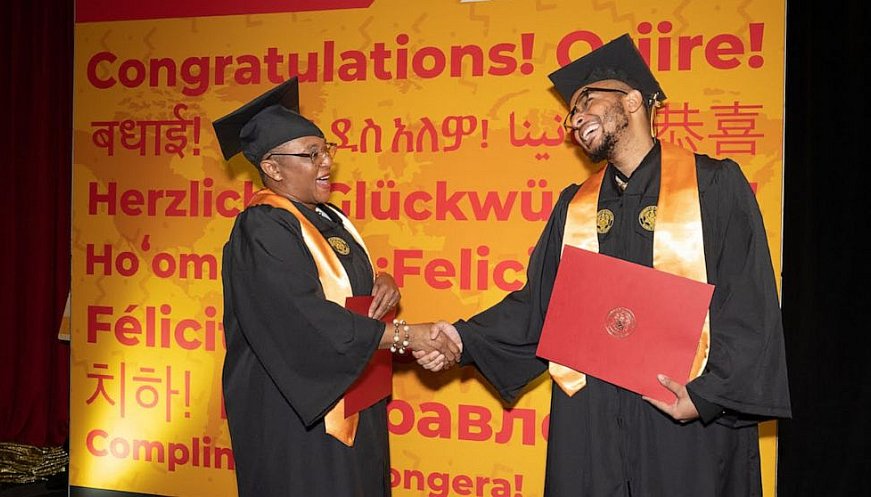 After repeatedly hearing his mom talk about people getting college degrees, five-year-old Immanuel Patton promised his mom, a single mother of two, that he will see to it that they both get a college degree at the same time. In subsequent years, Immanuel would often remind his mom, Carolyn Patton, of his plan for them to go to college together. Almost two decades later, Immanuel fulfilled his promise. Last year, Immanuel and Carolyn graduated together with bachelor's degrees from the University of Maryland Global Campus. "My son encouraged me the entire way and wouldn't let me give up on days when it seemed like too much and I wanted to stop," said Carolyn, who did not think she can go to college while working full time. Wanting the best for the other, mother and son supported each other along the way, especially when the going got rough. "We did it! And it was an incredible bonding experience to have with my son," Carolyn said. "We kept pressing forward and learned that nothing could stop us except ourselves." "Don't let anything get you off track from what you really want in life," Immanuel said. "I've always wanted this for my mom. And I'll be happy forever that she took me up on it."