This Program Has Trained 1,700 Workers for Green Jobs. And It's Just Getting Started 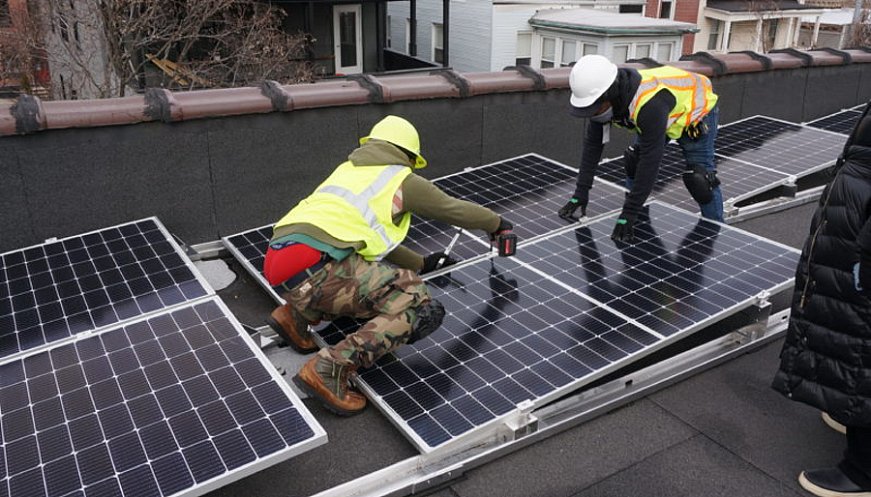 Robert Clark is one of 1,700 New Yorkers who thought building and electric work was low-skilled labor before he joined the Civilian Climate Corps. BlocPower, a Brooklyn-based building electrification startup, and the city of New York, developed the Corps to help the city meet its climate goals and bring jobs to neighborhoods affected by gun violence. A $54 million expansion will allow 3,000 more New Yorkers to participate in the year ahead. BlocPower is bringing its job training program to Buffalo, Denver, and San Jose, and cities like Ithaca, New York; Philadelphia; and Menlo Park, California, have tapped the company to electrify their buildings. Menlo Park, which aims to electrify 95% of its existing buildings by 2030, plans to select its first cohort of 20 participants in early 2023. While Menlo Park’s program hasn’t yet launched, it’s already getting calls from other cities, including Chicago and Denver, interested in learning about its decarbonization and workforce development efforts.