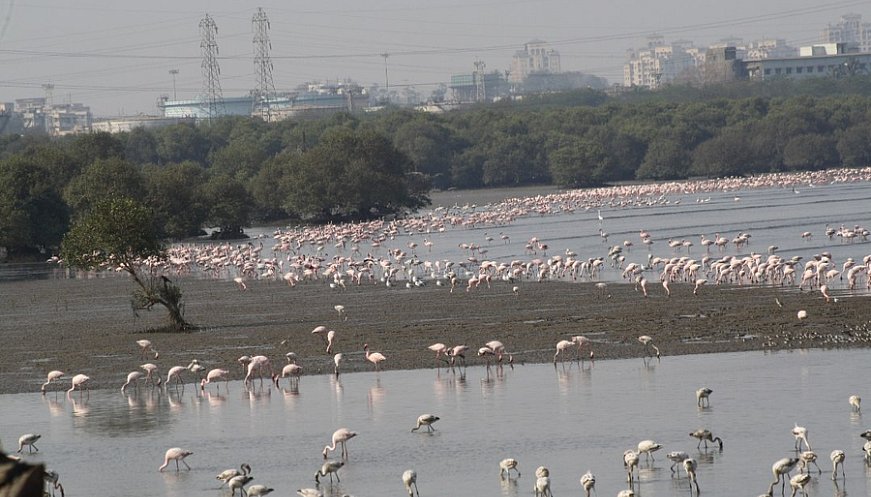 Thousands of flamingos fly into Mumbai each winter to feed along the 26-kilometer-long Thane Creek, attracted by the algae nurtured by the mud and untreated sewage that flowed into the creek in the 1970s and 1980s. Now citizens hold annual flamingo-themed festivals to raise awareness of local wetlands, almost 1,700 hectares of the creek and shore are designated as Thane Creek Flamingo Sanctuary, and the Bombay Natural History Society is leading an ambitious 10-year-long study. Scientists say the dynamic complexity of coastal and urban ecosystems highlights the study’s importance. Soils and biodiversity in Thane Creek change upstream to downstream, tide to tide, and season to season. But proposals for developing the wetlands continue even as citizens in Navi Mumbai, the town on the eastern banks now known as Flamingo City, and the sanctuary, now designated as a ‘wetland of importance’ under the International Ramsar Convention, work to raise awareness.