How A Little Impulse Led To A Profound Awakening

Summary: When lockdown hit Vietnam, Chi Phan was disheartened to see wide-ranging populations of unemployed day laborers, with no means to obtain their daily meals. What began as an organized, impact-driven effort to feed the hungry gradually transformed into a profound inner realization in the joy of simply giving what you can in the moment. 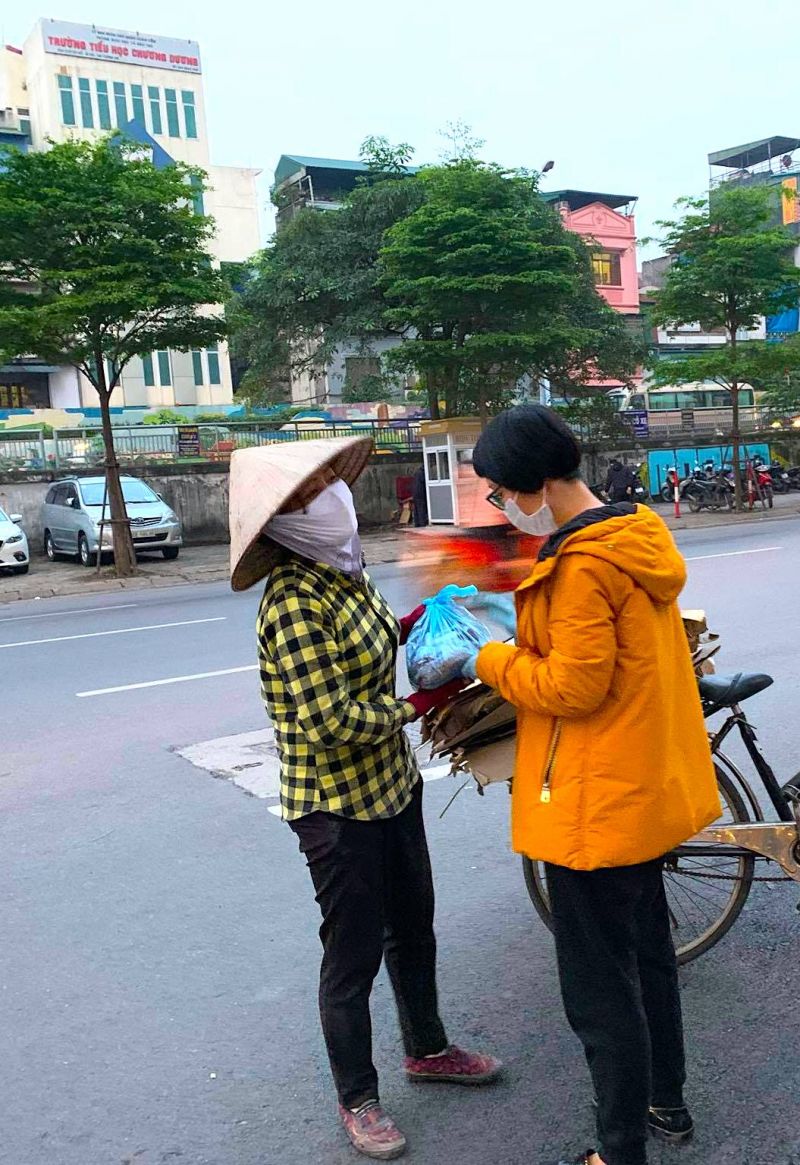 Any story begins with an unexpected challenge that confronts a character with an urgent need to pay attention, to make a choice, a choice for which s/he is unprepared. The choice yields an outcome, and the outcome teaches a moral. The moral destroys the inner divided lens and brings forth an equanimous lens. This lens led me into creating pockets of service across Hanoi, Vietnam during the strange times of COVID.

“Thuong nhau so gi Covid”, roughly translated as “when we care for one another we do not fear Covid”, is the phrase coined by the other girl who started this project with me. Although my partner and I did most of the frontline work with some help from my mom, I cannot forget to think about all the amazing people that I met along the way.

I want to draw you all to my four part story that I captured in my journal every day through the journey of service at Hanoi.

“The process is here. Trust it. Calm your fearful mind”. I reassured myself.

Something needed to be done for those forgotten by the system and I was to be a part of the effort – I decided as I closed my journal one morning. This was the first impulse for action I had felt in weeks.

I looked for organisations who may have started the work. I found no one providing basic food packages to the poor in Hanoi the way it was being done in the South. I sent out my intentions to collaborate with someone in helping those who would go hungry and jobless. I found someone on Facebook who cared about the same matter. My new partner had the contacts and knowledge we needed to start.

Following night we put a post on Facebook calling in for donations failing to completely believe in the possibilities. But within the first hour, we received requests for account details to transfer the amount. After an hour, my partner asked me to stop receiving because we had met our target with a surplus. The money continued to come in anyway. It was rumoured that most of the homeless had returned to the countryside and the remaining were taken away by the local government. Also, if they were as scared of being caught like everyone else, they would not be roaming the street. I reached out to the only two organisations helping the homeless to get some advice. The day after the goods arrived for us to pack. To save money, we decided to make roasted peanuts and pork floss for the packages. It was quite some effort for home kitchens, but everything came together for us in just about two days from inception.

I had asked two voluntary groups working with the homeless in Hanoi to help spread the word about our packages coming at 4:30pm that day but we could not get there until 5:15pm. When we arrived, an old woman and a child were sitting at the doorstep of the house next to where we were putting out our packages. 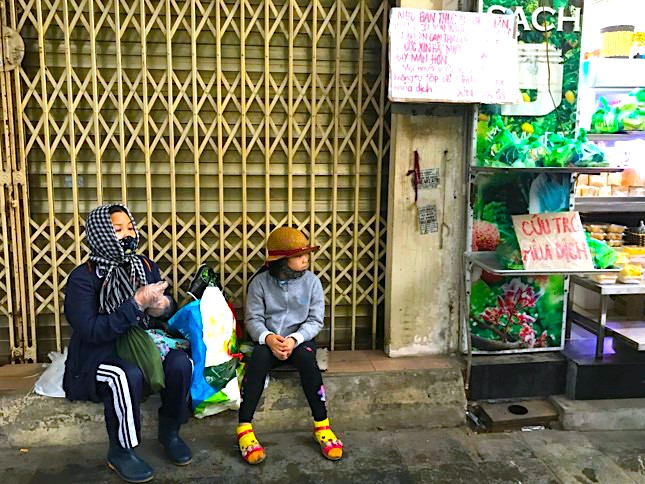 Upon seeing us unloading the car, the woman rejoiced, “They are here now.” They had walked 10 km to get there and were waiting from 4:30pm. She enthusiastically told us about those sleeping rough in the street, introducing us to half of those who came over the ensuing hour. They spoke at length about how insufficient the government efforts have been to cater to all those in need. The following day I got up early to get to a slum by the river, where rag pickers lived and had lost their jobs. 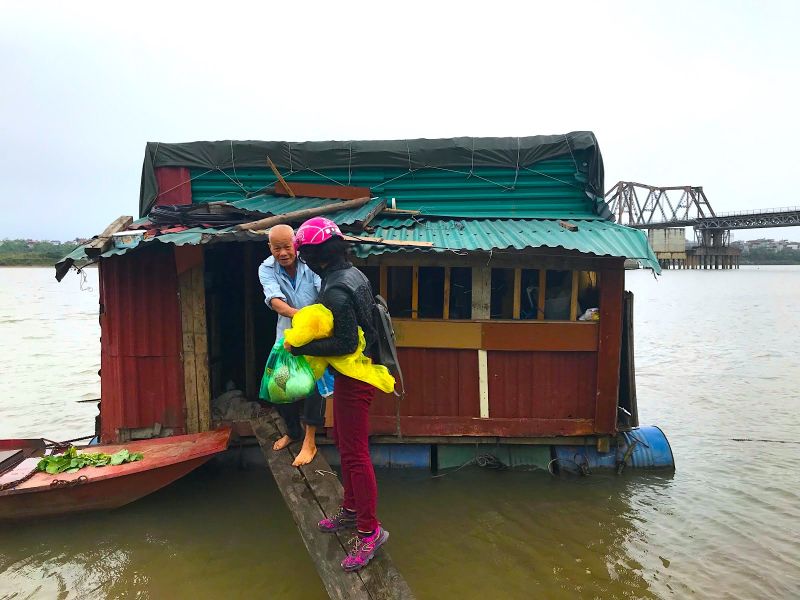 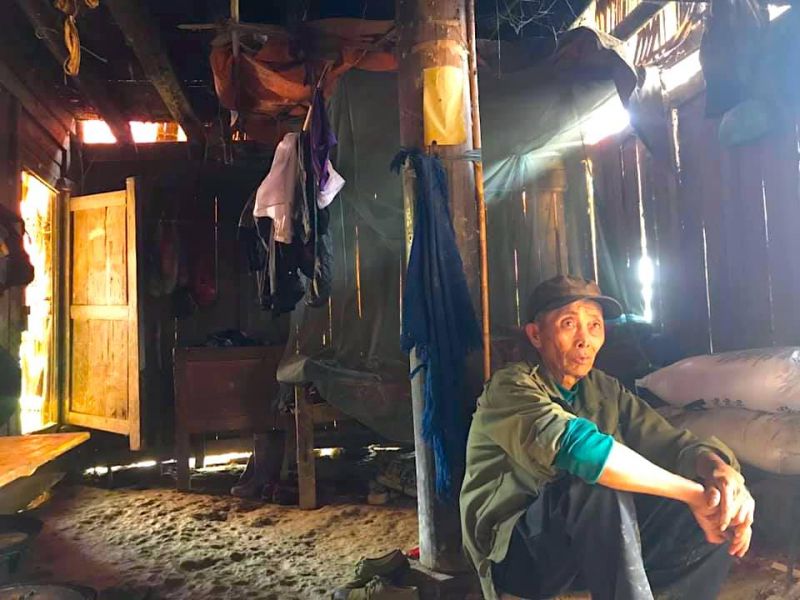 Our first “wave” ended in just over three days with 225 packages delivered to both the homeless and those with cooking facilities. The second wave started straight away with the preparation of new packages for the homeless and the search for new ways of reaching poor families. My mother helped us connect with the network of disabled people. The majority of disabled people in Vietnam did not have the opportunity to obtain higher education so they either depended on the support of their families or did simple manual work. They received no regular financial support from the government, especially if they still had the ability to generate income, no matter how meagre. Without the help of a network which already possessed information of these people, it was hard to reach them as they were scattered all over the city, unlike the garbage collectors who dwelled in the same areas. It was horrible to have to “choose” the needier amongst our worthy recipients, but we could not help everyone…

By now more groups joined in to multiply the work. They had the ability to provide the much-craved for hot food daily so a week later, we had them take over our distribution points. We now wanted to help people who had not been found by anyone yet. We found these groups of guest workers stuck with no money to eat or go back home. Our basic food items were not solving their greatest problem – money for rent. No one knew how long the social distancing order was to be in place for. "By giving these people a week’s worth of food, were we really making a difference?" I wondered.

I found it hard to settle the judgments coming up in mind, each time the most deserving of the lot missed out receiving the packets due to the ones functioning with greed and unruly behaviour. What I did not know was that by giving to some, I was going to face demands from others, sometimes with undue aggression.

I decided to continue the work anyway, scouting for garbage collectors in the street and following their leads for as long as the social distancing order was in place. My intention was no longer to save people from hunger. It was now to spread joy. I thought of how the package could give them a reason to smile, just because someone was thinking of them in these hard times. To be considered for handouts dented their pride, in a sense, but warmed their hearts in another. 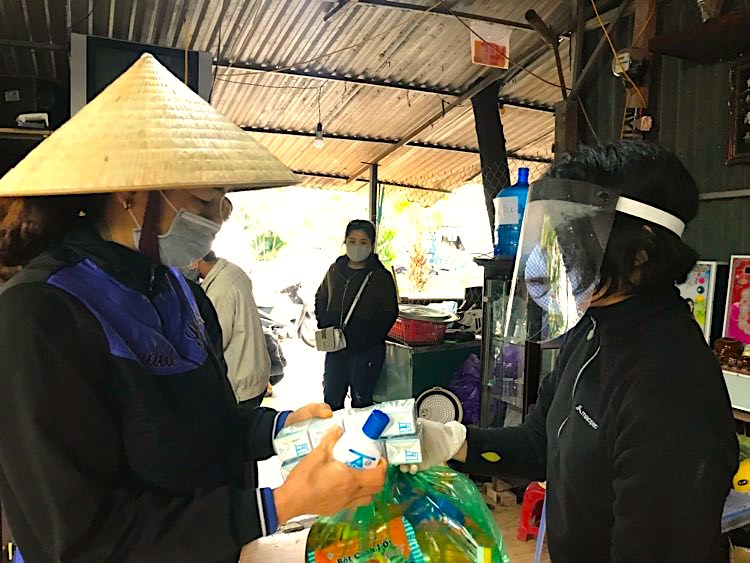 Over ten days into our project, rice ATM distribution points were popping up. However, through the garbage collectors we learned that one needed an ID to get the rice and many of them did not bring theirs from the countryside or had somehow lost them. Older people in need were also disadvantaged because they would have to arrive early and wait for hours to be sure of receiving a package that day. Many were angered by the abuse. But they continued to provide free rice. The need can be clouded by greed, but the need can't be ignored in its entirety. 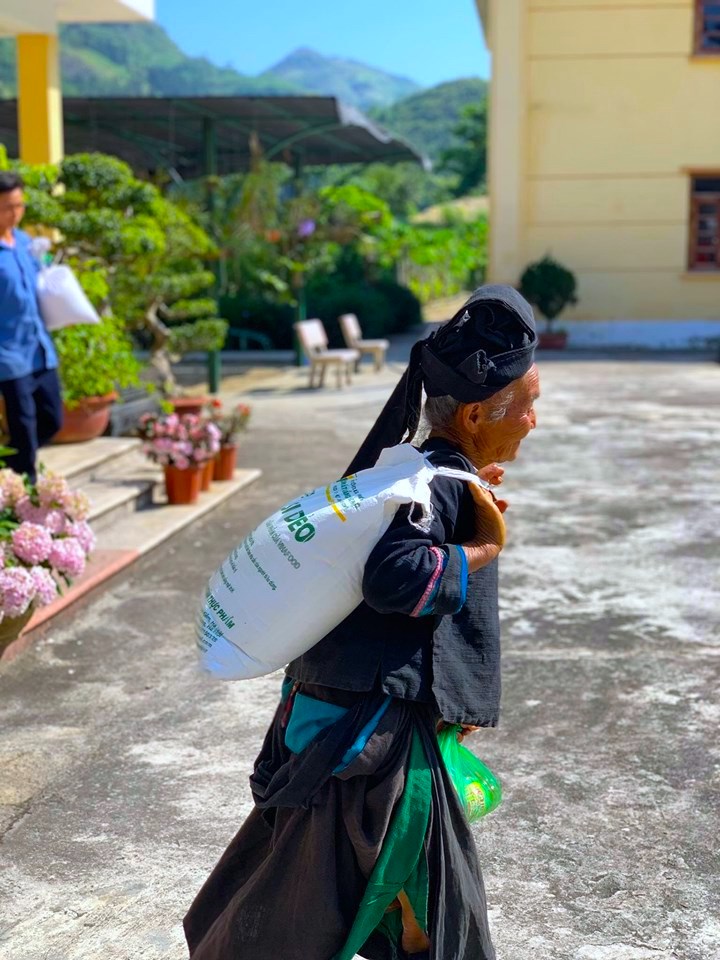 Our contact with the poor in this area by the border with China is a borderlands security/military camp. As it turns out, looking after the locals is part of the soldiers’ regular work, not only because they need to win people’s hearts in this sensitive area for national security, but also because they truly care -- it is hard to see hardship in front of your eyes and do nothing. Apart from connecting with different aid providers, everyone in the camp contributes a part of their meagre salaries to fund the education of a group of children and support some of the poorest families every month.

When it came to poverty relief I was always in favour of capacity building over direct aid, seeing the latter as unhelpful to long-lasting, structural change. However, as I learnt of these people’s lives, I realised that my theoretical view of what was important to the poor would be a long-term project. We had no choice but to default to the simplicity of aid. There was, of course, a structural solution to everything, but the matter at hand was food on the table and aid was the only answer for now. 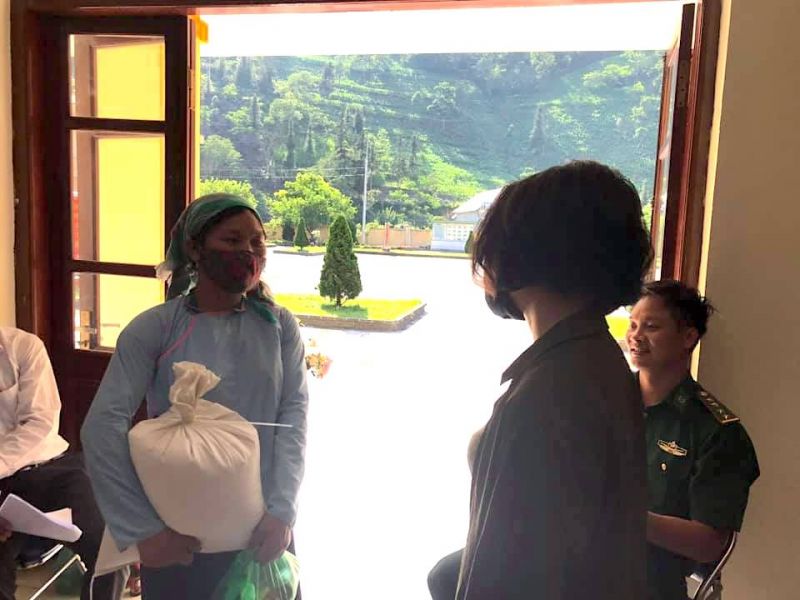 As for me, what remains of this experience is a memory of the delight in my heart when I could offer an unexpected gift to a stranger. Perhaps I will continue to cycle leisurely around the city with a package ready for handing out, just to continue bringing a spark to an otherwise ordinary day of someone’s life.