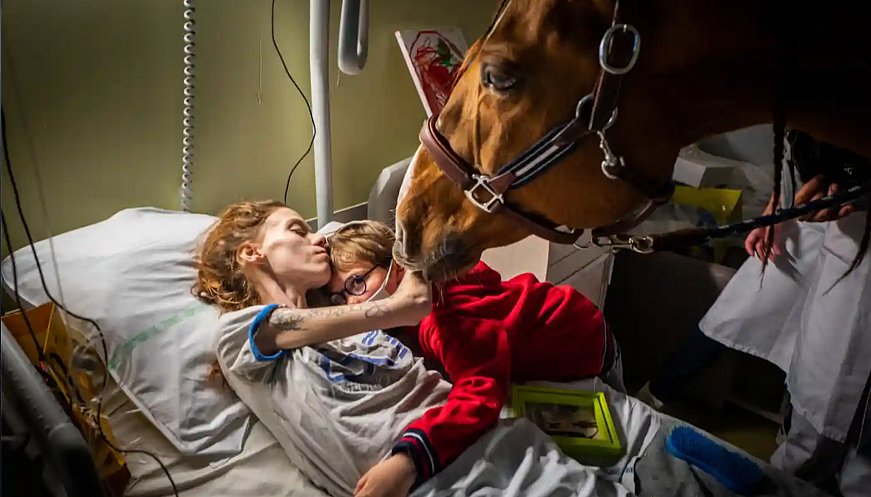 In northern France, a 15-year-old horse named Peyo regularly comforts cancer patients in Calais Hospital. Upon arriving in the hospital halls, Peyo stops or raises his leg to indicate to his trainer which room he wants to enter next. "I accompany him but I let him do what he wants. He’s the one who decides," said Peyo's trainer, Hassen Bouchakour. "What really pushed scientists to take an interest in him and open the health establishment doors to us, was this [seeming] ability to greatly reduce [the patients’ dosage of] all hard drugs and thus allow a more peaceful departure." Since 2016, Peyo and Bouchakour have supported roughly 1,000 patients until their last breath. "Doctor Peyo" -- as he is lovingly called -- comforts patients with his presence, nuzzles and even gives children rides. Earlier, when Peyo and Bouchakor partook in equestrian shows, Peyo would pick people in the crowd and just stay next to them. Bouchakor began suspecting he would pick people who were in states of physical or psychological fragility. "Hassen and Peyo are part of the team," said palliative care nurse Anne Sophie. "They are not only good for the patients but for us too. When it is hard, we are happy to know they are here."