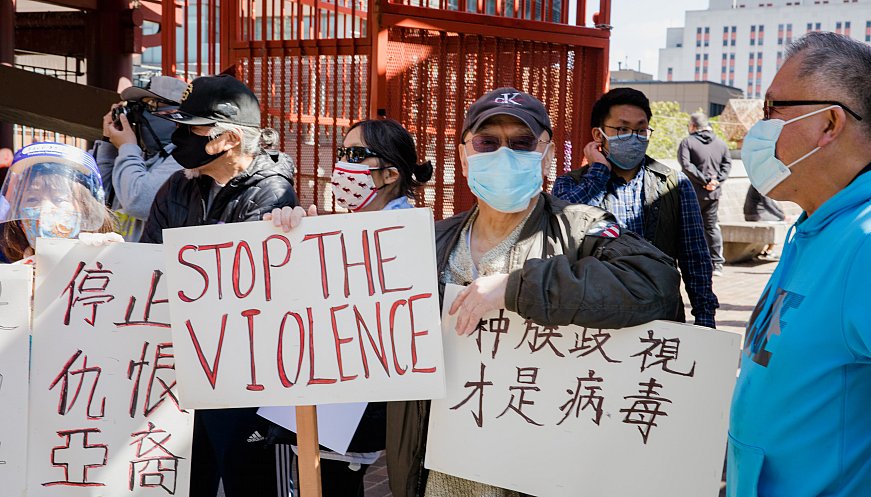 Interest in "bystander intervention" training, which teaches skills to help people stop harassment of others, has grown dramatically in New York City in response to recent anti-Asian attacks. Just since mid-March, more than 45,000 people have signed up for a free online course taught by Hollaback!, compared with 16,000 trained in all of 2019. Since 2012, the city nonprofit has taught a '5-D' technique: "Distract, Delegate, Delay, Direct and Document." While research shows the training is effective, some believe the city needs to take more action to stop violent incidents, such as one that occurred at the end of March. Video showed door staff, who were subsequently suspended, watching from inside the building as an elderly Filipina woman was attacked outside their building.