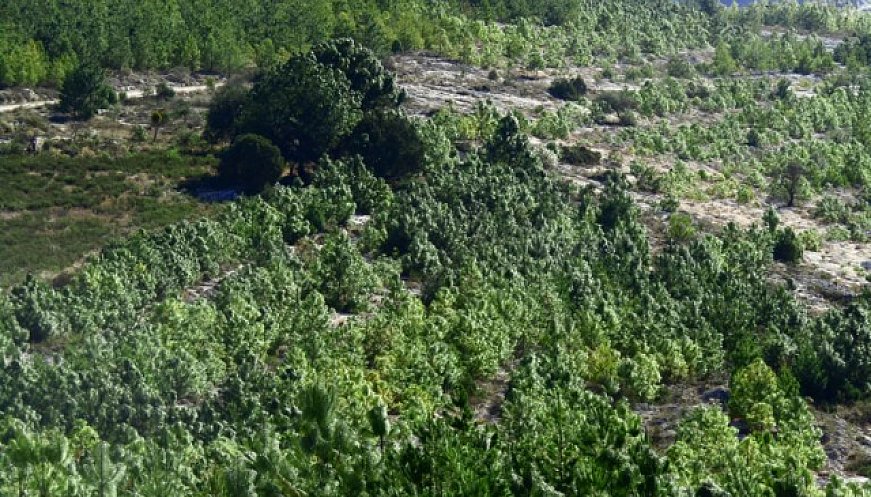 San Juan Bautista Coixtlahuaca is one of 26 southern Mexican communities that are part of a reforesting miracle which has restored more than 20,000 hectares (49,000 acres) of the Chocho-Mixtecas Community Alliance over the past 20 years. That is equivalent to three Manhattans. Restoration is so successful that on June 17, 2021, it was chosen as the venue for the World Day to Combat Desertification and Drought. The limestone landscape once held enough water, animals, fertile soil, and trees to support a powerful kingdom, but entered into the 20th century with an eroded territory that forced many people to migrate. Communities once again have water, crops, business, and opportunities to prosper, and squirrels, weasels, woodpeckers, snakes, and bats are returning. Restoration work starts in the dry season by digging ditches and trenches. During the rainy season between July and October, reforestation becomes a kind of popular festival with adults digging and children bringing plants for potting.